When we realized we were going to be here for Halloween I gave the girls a few options for costumes and they chose to be m&m's.
Naturally Sofia chose purple... 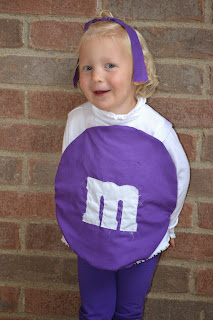 and Hannah chose pink.  They wanted nothing to do with the normal m&m colors, so I didn't argue too much. 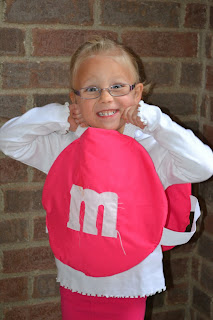 James wanted to be Eminem, the rapper instead of an M&M wrapper, but I vetoed that.  Here's what we ended up with: 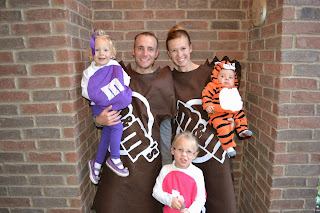 I had planned on making TJ a peanut m&m, but was too cheap.  The thought of finding the right color onesie, and sewing it for him to wear for a whopping 1 hour was too much for me.  My sister conveniently gave us the tiger costume.
Hannah is actually old enough to get excited about the holidays and it makes it so much more fun.  We spent the week doing preschool crafts for Halloween.  We used them to decorate.
Here are a few of the ghosts we had flying around 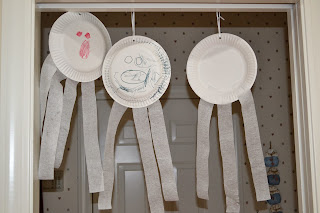 and the spiders creeping around: 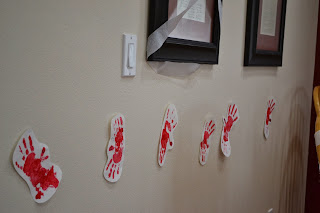 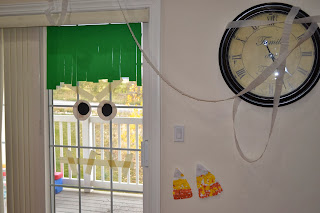 and lots of spider webs to top it off 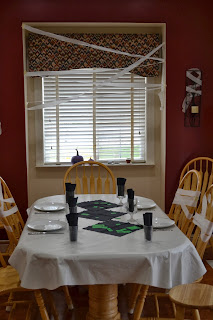 Of course we had to plan our menu to the holiday.  So, we had jack-o-lantern burgers (which I forgot to take a photo of).
We find any excuse we can to make 7 layer dip...so naturally we made it work for Halloween 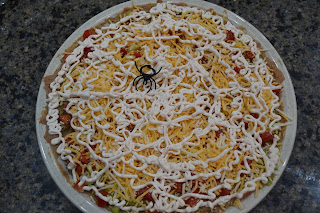 and ended with pumpkin rice crispies (as if we needed a dessert)! 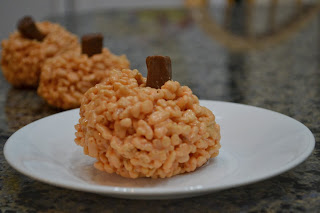 This was our first time actually going trick-or-treating, but they caught onto it pretty quickly. After a whopping 10 minutes (thank goodness we live on a small cul-de-sac), we headed home to sort the candy.  They each got to choose one thing to eat - I thought it was rather fitting they each chose a package of m&m's 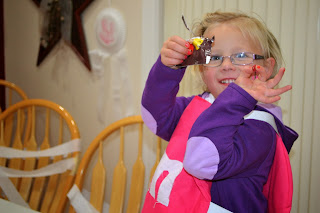 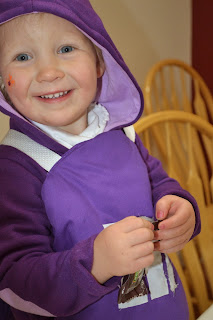 I think that was their first time actually eating m&m's and they seemed to approve!

Posted by the Flammers at 7:59 PM 0 comments

We made some 'kites' the other day as a preschool activity.   I use the term kite very loosely - they looked like kites, but weren't really flyable.  A couple days later it was windy and the girls wanted to fly them. Unfortunately they were soon disappointed.  Luckily Grandma had some real kites the girls got out and had lots of fun.  They get the concept of the kite, but still kind of struggle with making it fly.  So, they pretty much ran around and the kite would follow them wherever they ran.  That was good enough for them. 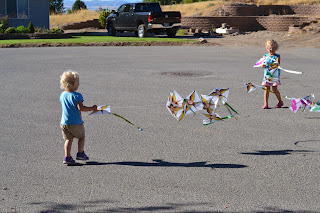 ...until their kites got tangled up. 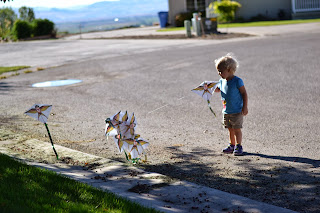 Whatever entertains them, right?

Posted by the Flammers at 5:37 AM 0 comments

We made rolls the other day....of course there were two little helpers to join in. 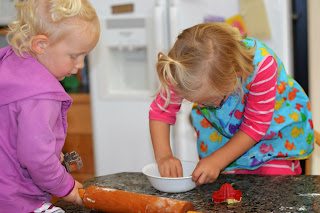 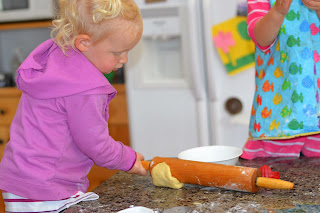 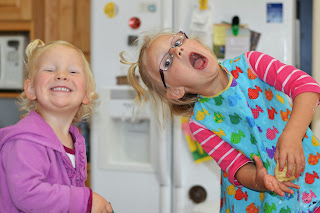 Nothing like yummy dough mixed in lots of butter to make them smile!

Posted by the Flammers at 8:19 PM 2 comments

Nothing like searching for bugs to kill the time before church. 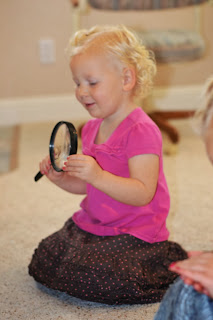 Apparently the magnifying glass helps to find them! 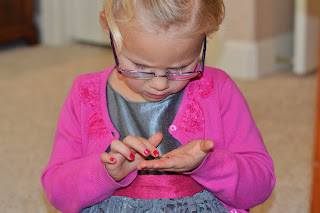 She was mesmerized by the millipede. 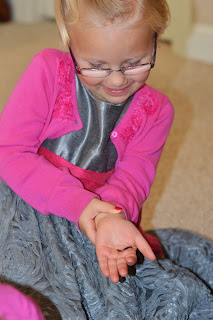 Posted by the Flammers at 8:14 PM 0 comments

Best Seat in the House

Apparently this styrofoam box is the best place to sit. 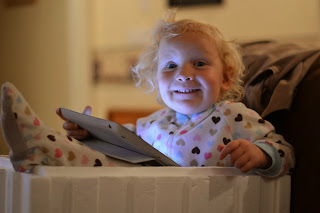 Or perhaps it's just playing on the ipad that makes her so happy?!

It is turning cold!!  We are trying to enjoy the park before snow puts an end to it!!  The girls couldn't pass by the canal without throwing in a few pebbles: 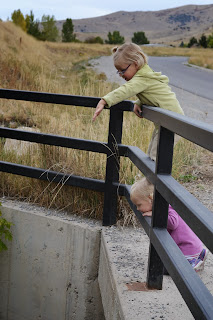 and gathering some rocks 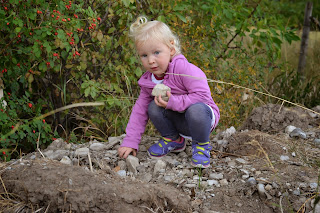 and tossing them in too. 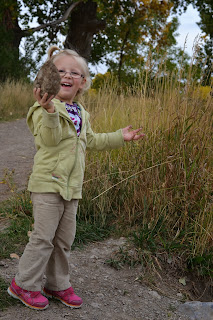 Posted by the Flammers at 2:48 PM 0 comments