The past few weeks have been pretty crazy because James got a job in Arkansas.  He'll be teaching English to international students at the University of Arkansas.

He interviewed on Tuesday
Was offered the position on Wednesday afternoon
Turned it down Wednesday evening (the salary was so low we weren't sure we could live off of it)
After talking to the hiring supervisor again, he accepted the position Thursday morning (we decided we would make the salary work - poor and teaching is better than poor and hanging sheet rock...right?!)
They had him on a flight so Arkansas Thursday afternoon.

He has been out there and teaching for 2 weeks now.  He's gotten settled into an apartment and the new job - at least I think he has- while the kids and I have been hanging out with Grandma and Grandpa.  We have been pretty busy ourselves.  During the time James has been gone we have:


* been to the Ogden Temple Open House.  We already had the tickets and I wanted to take the kids through a temple.  It worked out really great, but I did have to pull out some animal crackers as bribery for reverence towards the end.

* ran a half marathon.  If I'd have known James was going to be gone, I wouldn't have signed up.  But, I had already registered and paid my money so luckily grandma and grandpa watched the kids while I did it.

* Hannah had her tonsils and adenoids removed.  The morning of surgery was brutal.  I was wondering what we had done and wishing I wasn't alone with the kids.  The nights have been rough.  She's the one we can count on to sleep through the night, but after the surgery I was up with her several hours every night....luckily she's just about over it.

* I had several long (and very expensive) trips to the dentist.  That's what a crown and lots of fillings will do.  Boo.  I think my new pet peeve is bad teeth.  I still don't understand how someone who drinks no soda, coffee, or juice, eats very little candy, brushes religiously with an electric toothbrush, uses prescription toothpaste, flosses without fail, etc... can have such problems with teeth.  Bah humbug!

Anyway...I had my last dental appointment today and James is coming home tonight (well, really really early tomorrow morning.  Then we head out to Arkansas....

And I'm really excited to be with James again.

Posted by the Flammers at 3:03 PM 2 comments

I can't believe our little guy made it to 1 year - but he did it.  He survived!!  His birthday was a very long day.  We had just gotten back to the US and were all pretty jet lagged.  We managed to keep him up for dinner and cake.  He wasn't too happy about it, but we had to document the occasion.


Like I said....it had been a long day just in case the crying and eye rubbing didn't give it away. 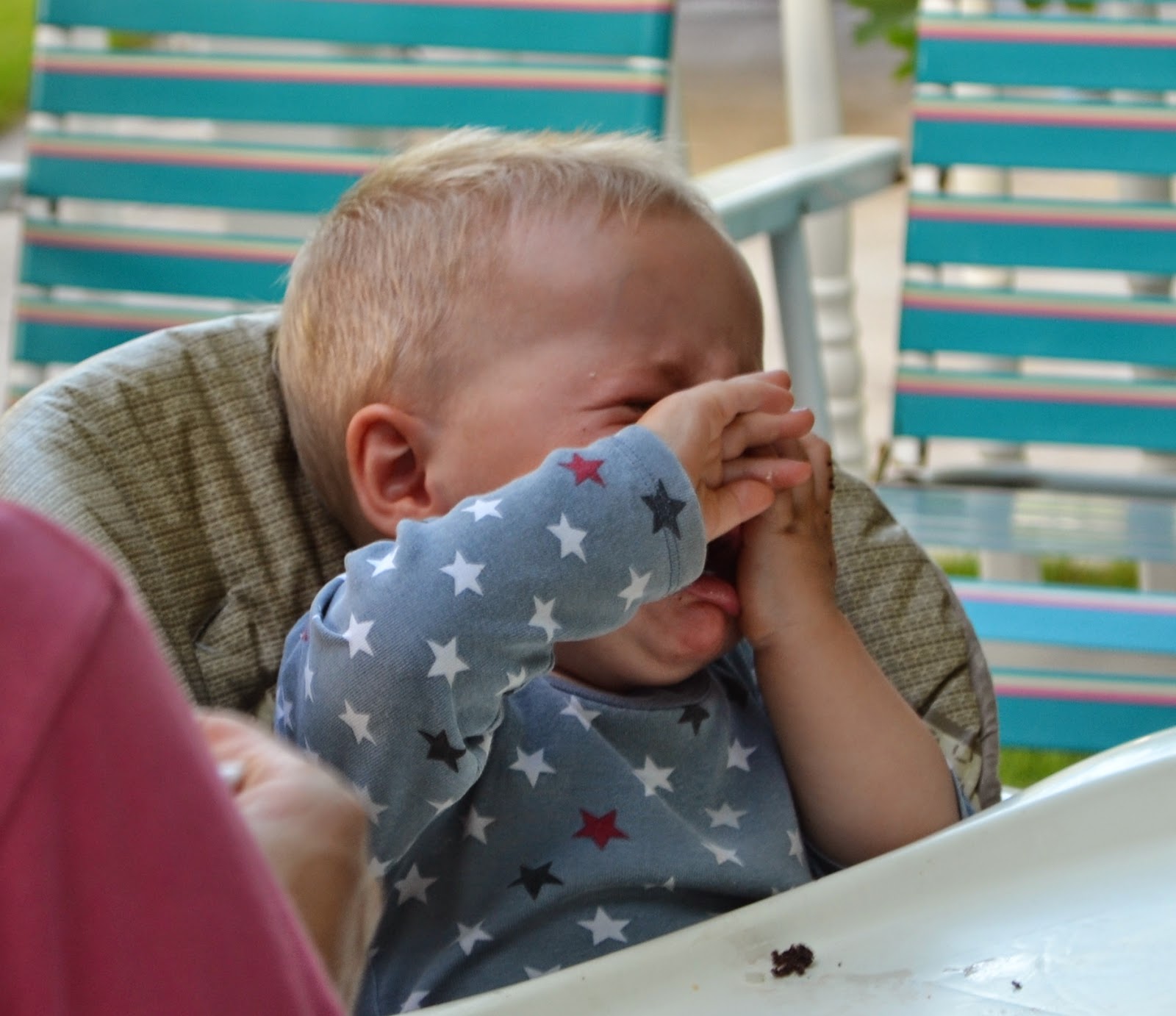 I'm pretty sure we all felt this way 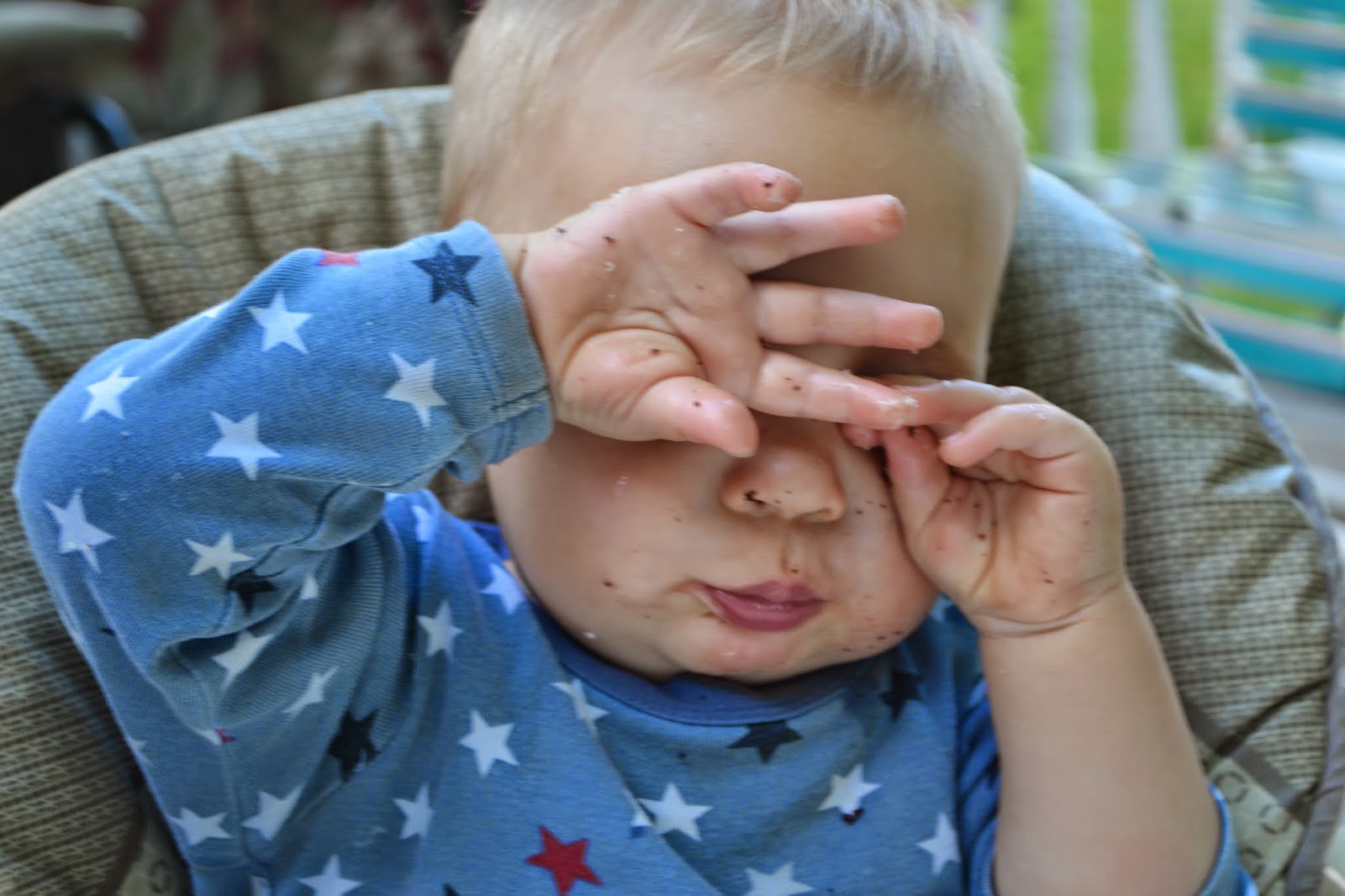 As for his recent milestones....he:
* loves to jam out to music.  Whenever he hears it he starts doing his own little dance.  It's pretty darn cute.
* finally weaned off of the binky - he was a lot more attached than the girls have ever been so we were worried.  After his only binky getting ran over by a car, we figured it was time.
*He goes to sleep like a champ as long as he's in the crib....when we're out and about getting him to take a nap is a major struggle.
* has the sweetest smile.  His whole face lights up and he's just so dang cute!
* LOVES balls.  Basketball, bouncy ball....any kind of ball.  He likes to throw, but he's even better at kicking them.
* has the cutest brown eyes.  They kind of melt your heart....talk about a good puppy face.
* has a way of making you feel like everything is going to be okay, especially when he gives you a good hug.
*speaking of hugs...he is a cuddler and gives the best snuggles.
* also knows what he wants....and is very loud when he doesn't get what he wants. 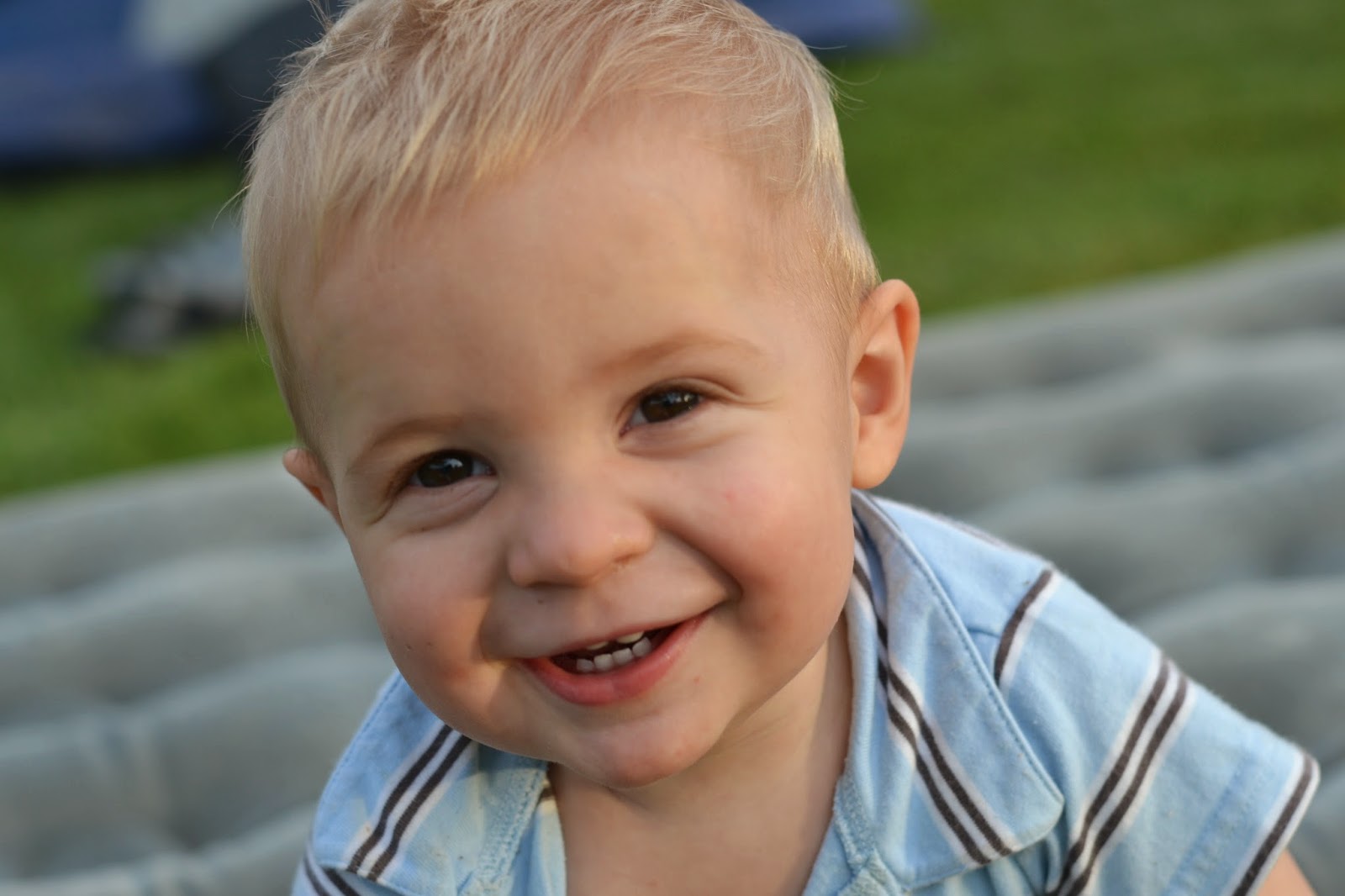