I can Dress Myself

As with everything in my life I'm behind in posting this, but the picture makes me laugh.  Here she is dressing herself with her newfound independence.  She put her arms through the armholes, the skirt all by herself, and the shoes without any help. 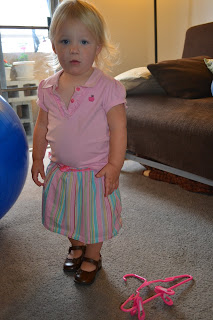 I think the shoes are my favorite. 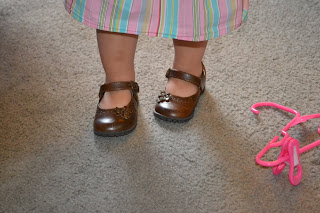 This girl makes me laugh!

Posted by the Flammers at 8:46 PM 3 comments

On her actual 5 month mark I tried to get some pictures, but this is all I ended up with.  She was one unhappy little camper and screamed most of the afternoon.  She's been a lot fussier as of late and the only thing I can think is that she might be teething...with all that drool and chewing on everything, but who really knows.  That's my excuse for everything. 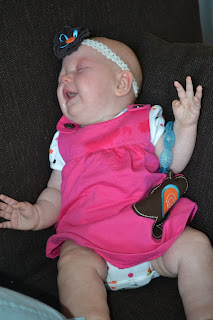 Here's a better picture of her being happy...and it's close enough to the 5 month mark so we'll count it. 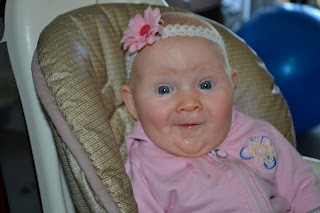 Maybe she's going to be a seamstress...she sure seems to like the measuring tape. 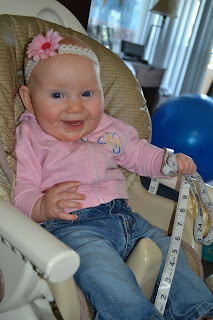 At 5 months she is:
* mostly happy
* doing really well with rice cereal
* sleeping longer at night and less during the day
* rolling around and making diaper changes much more difficult
* becoming rather mobile.  She's not crawling yet, but scooting around, mostly backwards.

Posted by the Flammers at 4:34 PM 1 comments 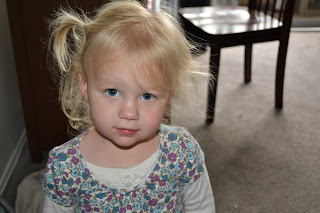 I'm thinking maybe she woke up on the wrong side of the bed?! 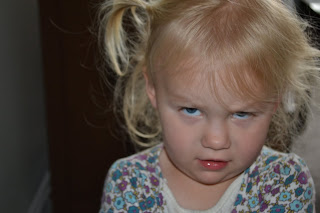 Posted by the Flammers at 4:34 PM 3 comments

Can I just say, having older siblings who are done having children is the BEST way to go.  They've given us so many baby things and clothes, it's amazing.  So much for the first child getting all new stuff, right?  Anyway, several weeks ago my sister sent a box of clothing for Hannah. It was even better than Christmas.  Hannah had so much fun going through all of the clothes and trying lots of things on.  I had my hands full trying to organize clothes and keep my piles intact, so I didn't get any other pictures, but this one gives you the idea of what that entire evening was like: 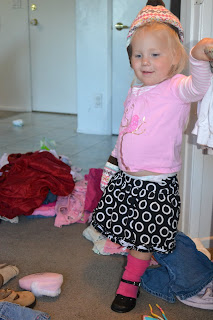 as you can see by the floor, Hannah made sure I didn't do a very good job keeping the clothes organized.


Once the clothes were all finally organized and put away (a few days later) she still had a blast playing in the box: 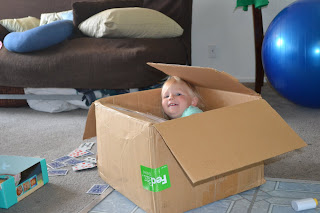 Isn't life all about the simple pleasures?  :D

Posted by the Flammers at 8:14 PM 1 comments 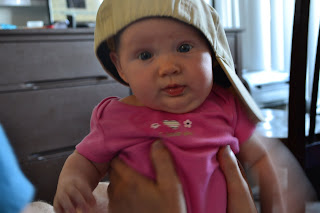 Posted by the Flammers at 2:13 PM 1 comments

She really is such a good helper.  She LOVES to clean and has now expanded her horizons to ironing.  Don't worry - the iron was not hot or even plugged in.... 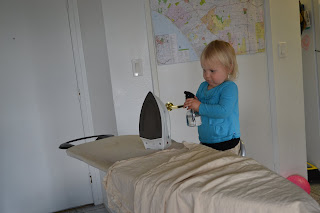 I think the spray bottle might have been her favorite part?! 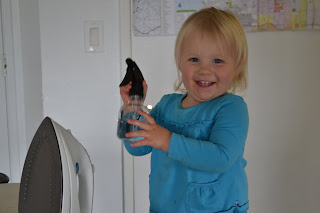 Posted by the Flammers at 4:20 PM 2 comments 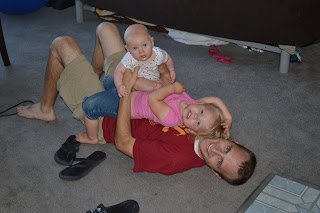 Posted by the Flammers at 2:44 PM 0 comments