This little guy brings so much personality into the family.  He is so chill, yet has such a temper at the same time.  I never would have guessed those two traits could exist so strongly simultaneously, but apparently they can. 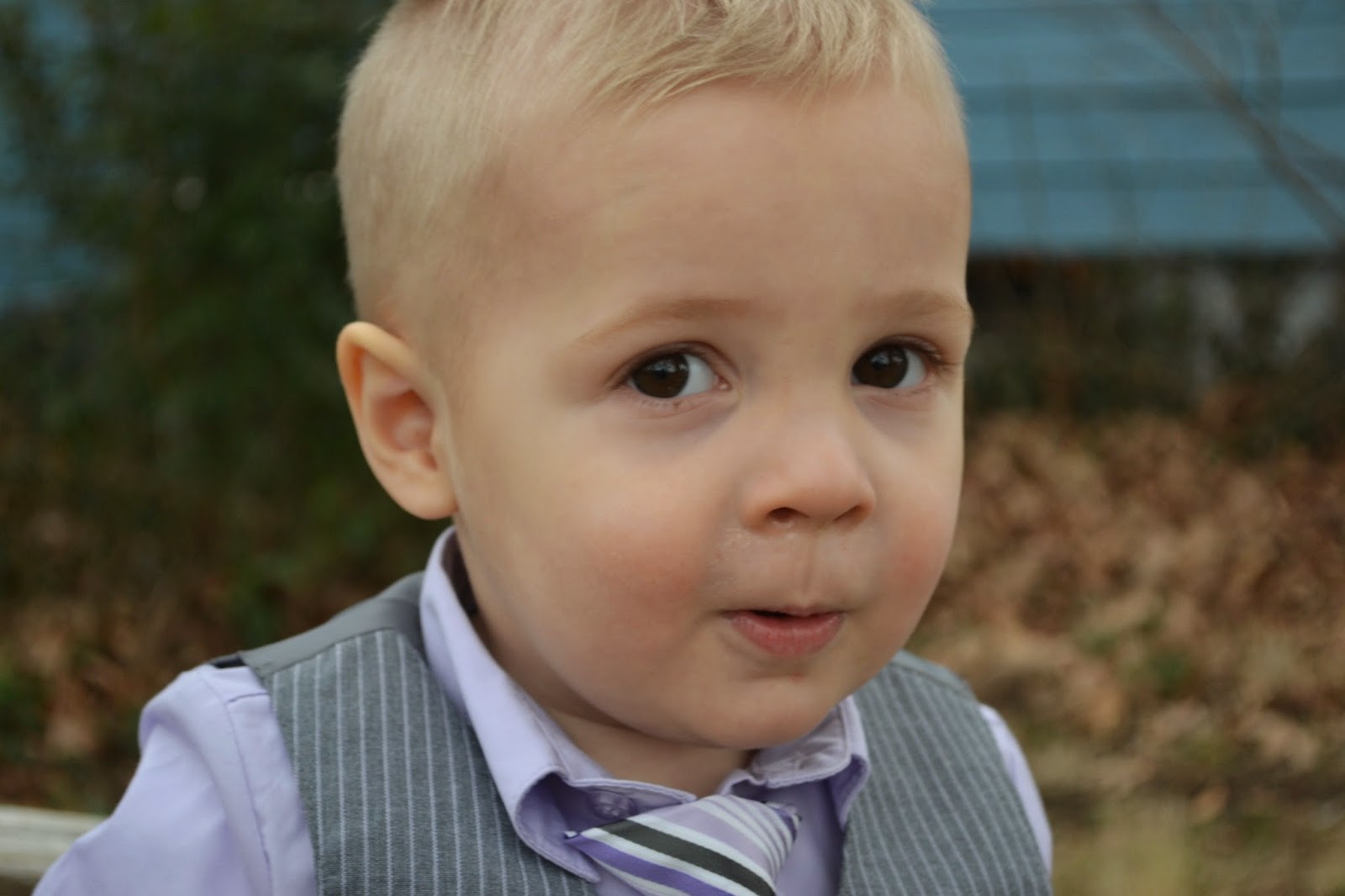 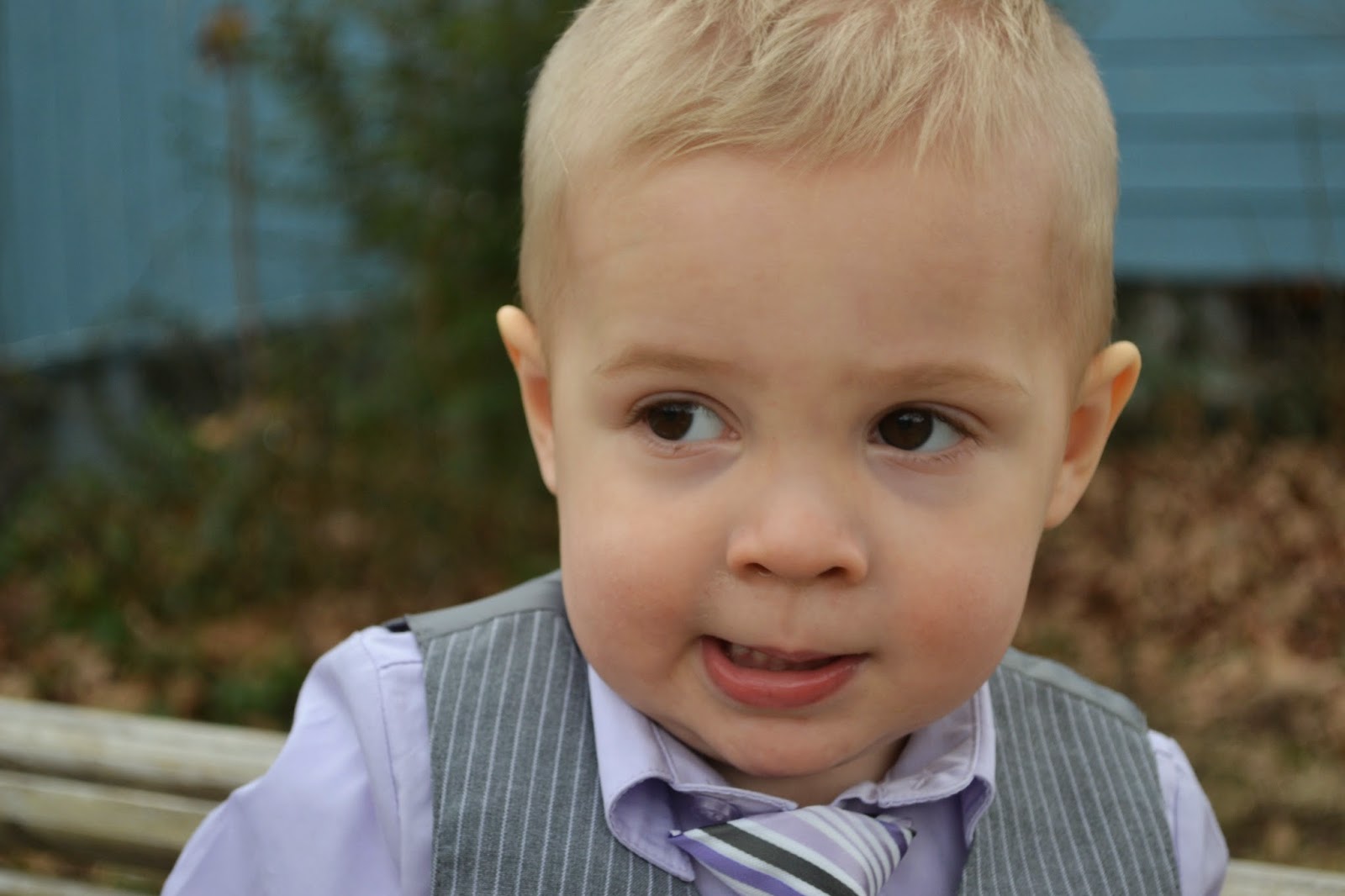 At 18 months this little guy:

* says un-oh for 'yes.'  It's really confusing to other people, but we're pretty used to it.
* loves to wrestle - and he's not afraid of egging on either of his sisters.
* throws his food/plates/utensils to the floor when he's done
* still likes to bite, although it's becoming less frequent.
* is saying lots of words, but his most frequent one is Hannah
* knows exactly what he wants and will often kick, bite, or go limp when he doesn't get it.  Did I mention that all of the above are paired with some good, healthy screams?!
* avoids looking at the camera - it's so darn frustrating that it's kind of funny.
* likes to tease
* thinks the bed is better than a trampoline
* loves playing in deodorant...and rubbing it on the walls and his hair
* puts everything in his hair (vaseline, deodorant, stickers, glue, lotion...etc)
* LOVES babies.
* melts my heart so often.  I think he realizes that I'm a lot softer than Dad (this is a hard spot for me because I feel like I've always been the strict one, but there's a definite soft spot for my little guy) 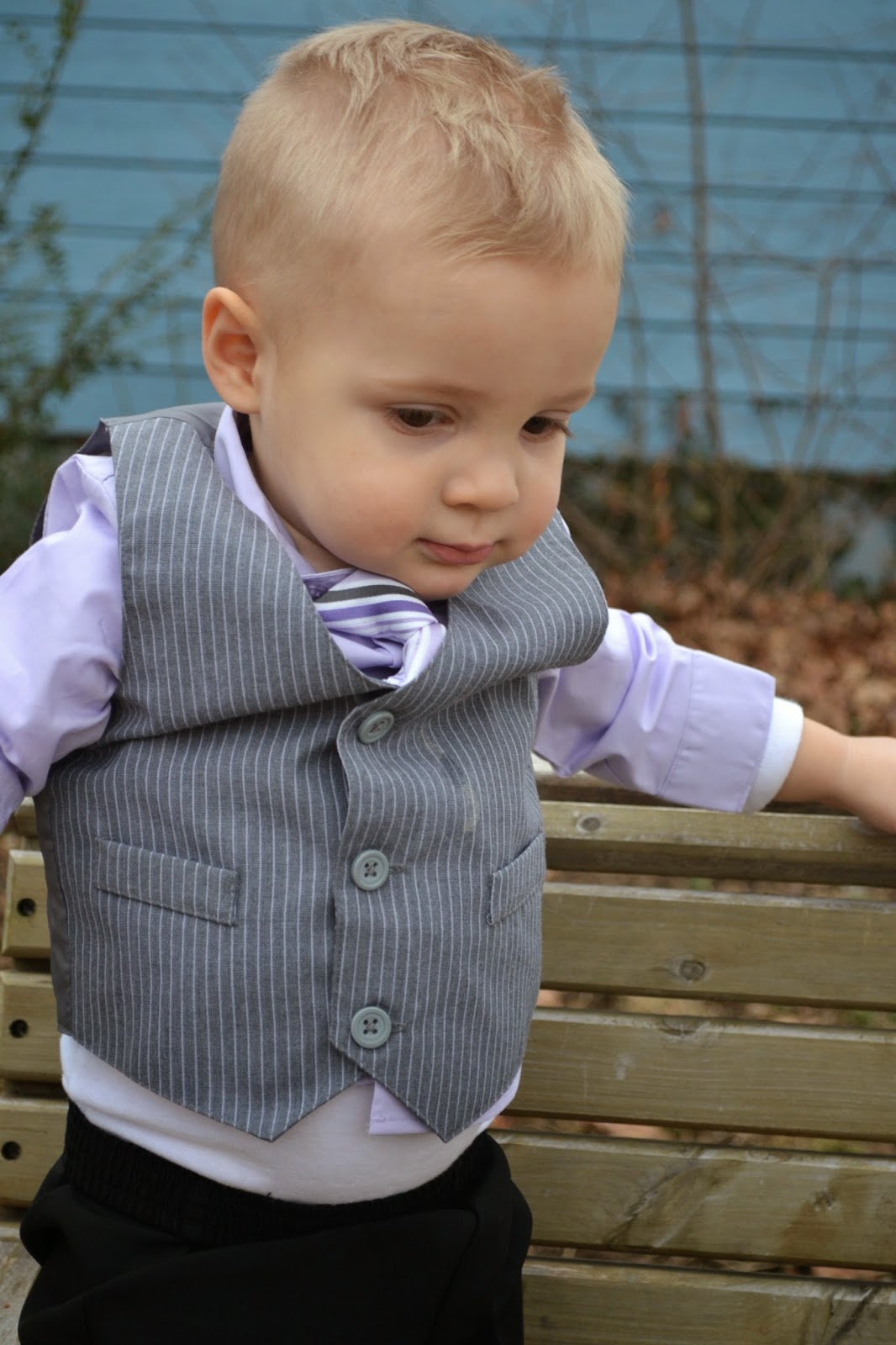 This little suit was supposed to be his Easter outfit (as in the holiday that's still 2 months away), but it's already a little snug, so I figured we'd better wear it while it fits. Anyway....his pot belly cracks me up.

Posted by the Flammers at 5:39 PM 1 comments

Rather than set New Year's resolutions I try to set smaller goals regularly…but it’s definitely time for me to re-evaluate my goals. Nothing new or major, mostly little things. Just trying to do a little better. Here they are....for no reason other than making myself feel more accountable.

Spiritual
*15 minutes of solid study without kids. That means making sure I'm up before them or doing it during TJ's nap time.
* reading Sunday School and RS lessons beforehand

Physical
* 3 or less treats per week
* 3-5 servings of veggies each day
I have done really well the past few months because I've joined some health challenges, but I'm trying to save the money and do it on my own....here's hoping it still works with only James to report to!

Social
* inviting someone to do something with me and the kids each week - I need friends!!!

Posted by the Flammers at 1:29 PM 0 comments

We went to Houston to visit cousins over the Christmas break. Everyone (at least on our side of the family) had lots of fun. I did a terrible job taking pictures...as in hardly any at all. But here are a couple I did get.

Fishing and playing at the park: 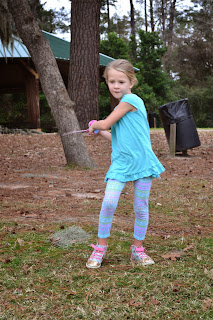 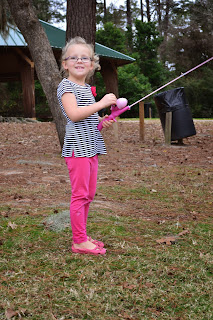 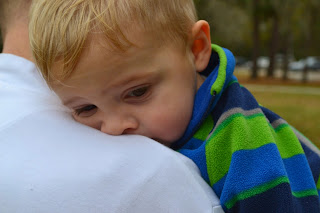 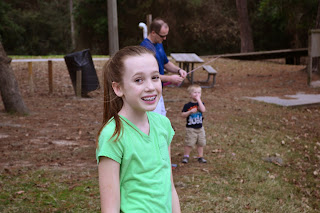 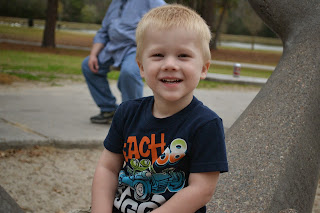 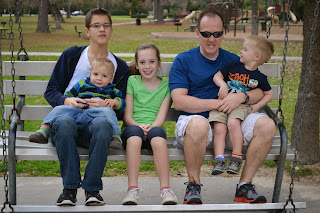 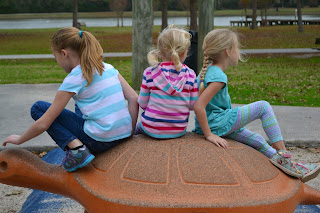 The kids all had fun being tossed onto the beanbag and James got a pretty good workout. 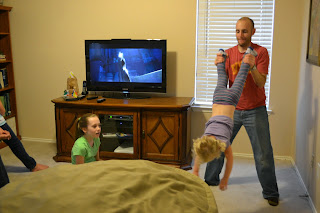 We had lots of fun.  It was great to see our kids playing with and getting to know their cousins.  And they are pretty darn fun cousins!

Posted by the Flammers at 1:19 PM 0 comments

We live a pretty quiet life around here. I feel like it was a very Christ centered Christmas. Since we have no family and hardly any friends we had no distractions at all. Some of my favorite things about this holiday season were:

• Reading stories by the Christmas tree – something about the lights is magical.
• The kids being excited about the advent calendar – although next year I’m simplifying it a bit.
• Not spending too much money – our kids got lots of 'boring' things they need and a little bit of 'fun' but they were so happy with it.  It's nice they're young enough to be excited without breaking the bank.
• Siblings' exchange - this was the first year I had the girls spend their own money to buy each other gifts.  It was so fun to see them doing extra jobs to earn the money and taking forever to pick out an item at the dollar store.

Here they are on Christmas Eve in their 'new' pajamas.  They're holding up the gifts they got each other 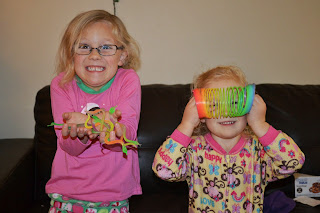 On Christmas morning Sofia was pretty darn pleased with her pile of gifts! 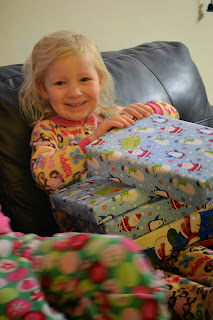 Hannah was so excited to open gifts she could hardly sit still.  She kept bouncing all around. 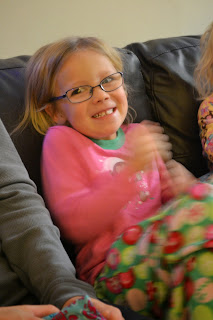 TJ seemed pretty pleased with his lone gift.  We're just having a hard time making sure the hammer is only used with the toy. 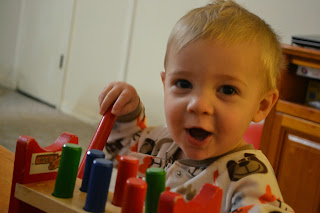 As a funny side note...my older sister gave us this toy along with a bunch of other stuff when Hannah was born.  It was almost 6 years ago, but I hung on to it figuring some day it would come in handy.  It sure did!

Posted by the Flammers at 8:01 AM 0 comments