Take Hannah to school
Have a friend over for Sofia to play with
Preschool with Sofia
Pick up Hannah and go to the Mall to play
Eat dinner, cake, and ice cream

Hannah woke up sick
She ate some breakfast and felt a little better, but we decided to have her stay home from school.
James tried to leave for work, but his bike tire was flat and his roller blades are at work.  Luckily we didn't have to take Hannah to school so he could take the car.
He got in the car, but it wouldn't start.  The battery was completely dead.  There are 2 neighbors in our complex with cars (it's mostly international students/teachers), but both were gone so we can't jump the car.
We spent some time trying to push start the car.  Let's just say my arms aren't that strong....it took several attempts, but we finally managed to get the car started.
We dropped James off at work and made it back home with no major issues.
Hannah wasn't feeling well so she took a nap while Sofia and I frosted her birthday cake.
No playing with a friend and no playing at the Mall.
Lots of reading time with Mom.
A little time spent outside while Hannah rested on a bench watching.
After work James roller bladed to the store, bought a battery, and roller bladed home.

It didn't go quite as planned, but the kids had lots of fun being pushed in the car.  They thought it was pretty funny!!  James and I kept laughing, but it would have been a little more frustrating if the car wouldn't have started. Sofia seemed to be just fine spending her birthday at home.  And, of course, we still ended with cake and ice cream.

It seems if I ever want to get any sewing done I have a trusty sidekick.  After patiently waiting for me to finish, here she is working on her own project. 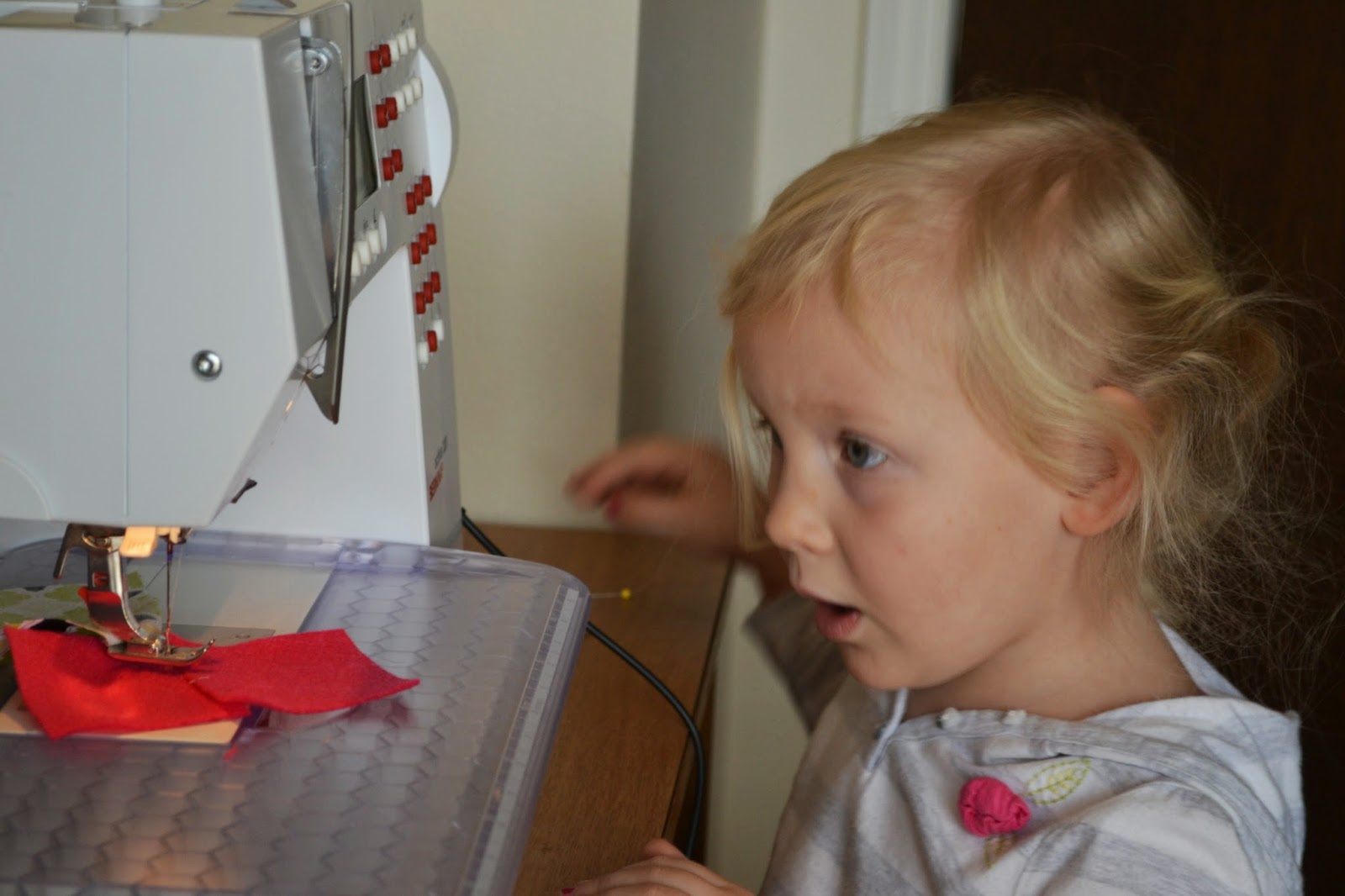 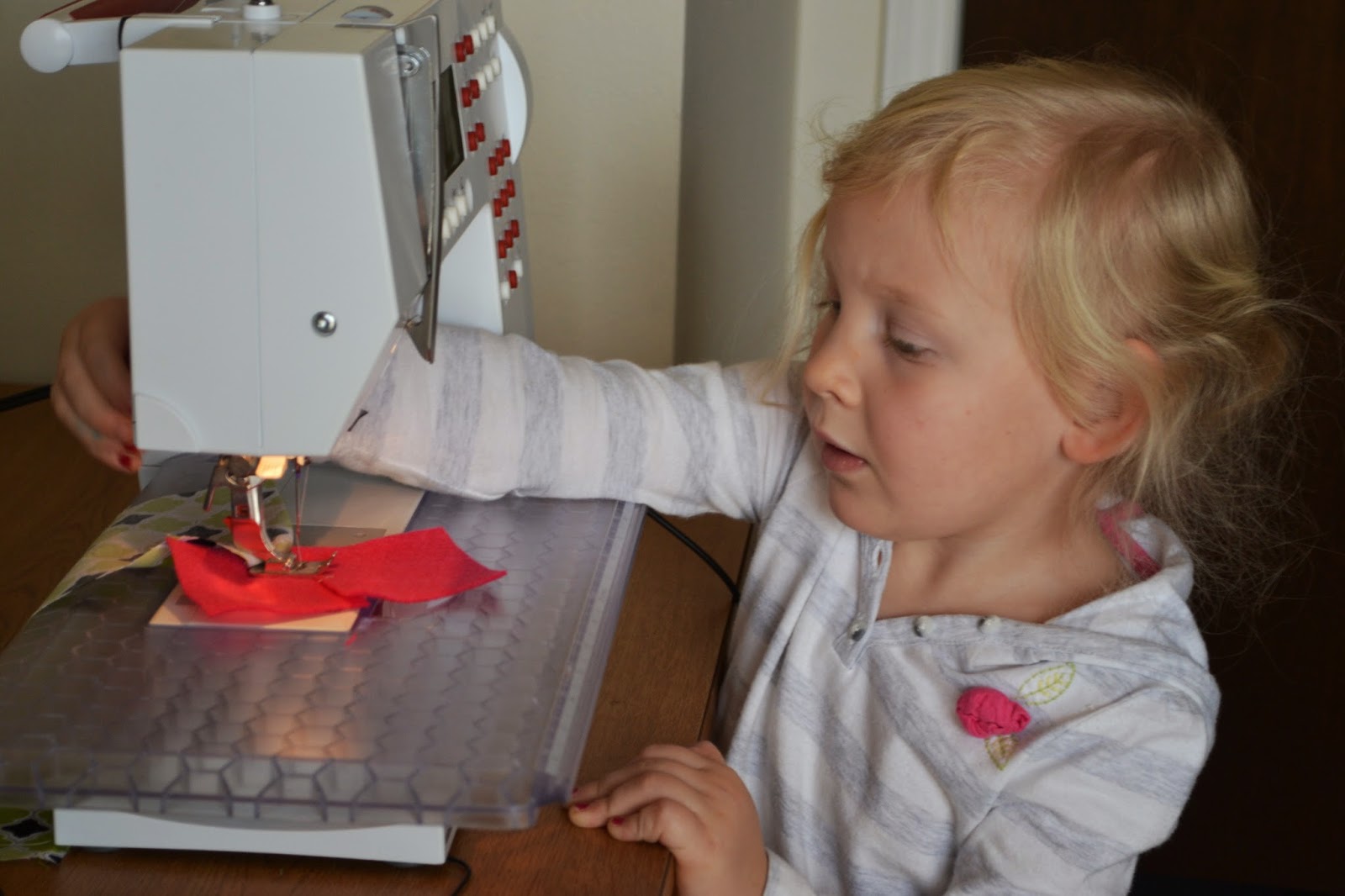 I love the concentration.

Posted by the Flammers at 1:33 PM 0 comments