I've had a good case of the blah's lately.  I thought those only came in the winter time when you were stuck inside because of yucky weather outside......  Apparently it's possible to get them even when you can play in the beautiful sunshiny weather of Southern California......Bummer!

Everything is going great.  James is enjoying school and his teaching positions.  The girls are both healthy and growing, I love the weather.  But for some reason this past month has been long.  I don't really know why. It seems like I've been running around without accomplishing anything lately. Perhaps it has something to do with the almost 3 year old that has been copping a major attitude as of late.  I'm pretty sure she has just realized she skipped the terrible 2s and is trying to get her fill in before turning 3?!  Or maybe it has more to do with Sofia's 4 molars coming in at the same time, and lots of wakeful nights, and consistently being up by 5:30 every morning?  Really?  Can't she just sleep in until 6?  Is that asking too much?!!  :D  Or, possibly it is related to the major life decisions that have been thrown at us?  Deciding between staying in LA or packing up what we can fit in our suitcases and heading over to Thailand?

I suppose those might be some of the reasons I've had a case of the Blah's.  Or maybe, it's just life.  That's the way it goes, I suppose.  Things really are going pretty well and we are definitely very blessed, so I'm going to stop complaining now.  This is my excuse for not posting pictures or anything more exciting.

** Regarding the major life decisions - we will be staying here in LA at least through December.  After that, we're not 100% sure.**

Posted by the Flammers at 2:39 PM 4 comments

Sofia has begun wanting to feed herself.  Usually I try to avoid that, but I must have needed two free hands this particular evening.  Here she is hard at work:

First of all she decides that one fork is not enough, she must use my giant one in addition to hers.  So she gets a hold of both of them. 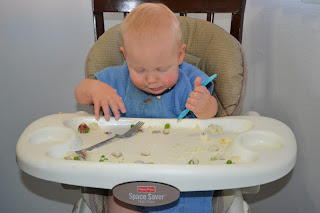 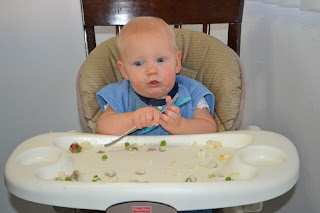 It takes her an attempt or two before she realizes that she needs food on her forks in order to eat it.  So, she solves that problem by picking up a pea and placing it on her fork 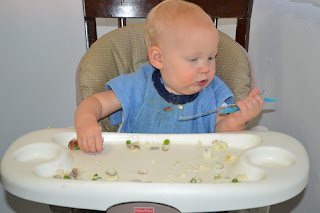 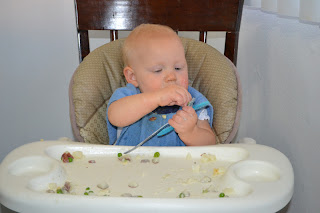 Then, it's victory at last!! 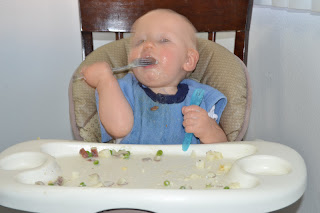 What a mess she made, but she sure enjoyed the independence.

Posted by the Flammers at 4:01 PM 1 comments

This particular morning Hannah had two choices:  get her hair done or make/dust her bed.  This is what she chose: 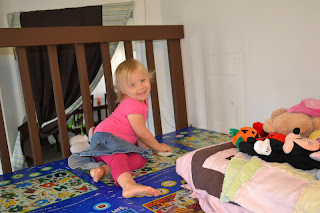 She actually likes to clean.  She loves anything involving wiping.  She likes spraying and wiping the mirrors, the tables, bookshelves, etc.....If I'm cleaning she almost always wants in on the action.  It's so funny to watch.  If there is a wet wipe nearby she'll pick it up and just start cleaning random objects.  If she spills something she's quick to run and grab something to clean it up.  Unfortunately she likes to intentionally spill things just for the clean-up factor....you can't win them all, right?
Anyway, this is so typical of her and it really cracks me up - I thought I should document it.  As a side note, she did get her hair done after the cleaning process.

Posted by the Flammers at 2:57 PM 2 comments

I haven't been Hannah's favorite person as of late, but the other day I had a brilliant idea.  We were going through some boxes we have stored away and I came across some blankets.  We decided to make a fort.  Hannah had so much fun reading and playing in the fort...... 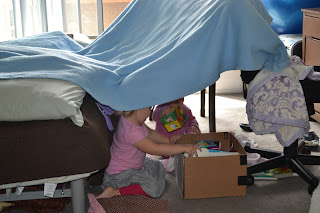 ....I think it redeemed me a little in her eyes!

Posted by the Flammers at 2:17 PM 1 comments 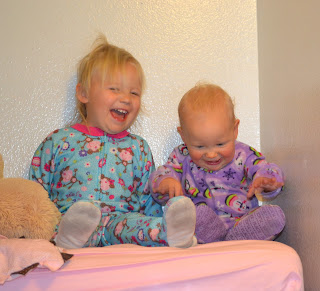 I love it when they are having fun playing together.  I just wish they were always this happy to go to bed! 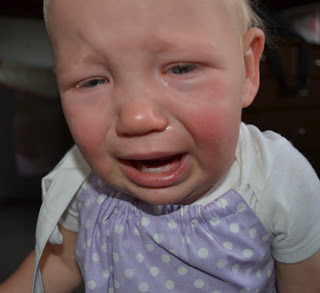 This pretty much sums up the day along with the past week!!
I quickly gave up hopes of getting a decent picture of the two of them in the Easter duds, but we promised Grandma and Grandpa we'd post some...so this is about as good as it's getting today! 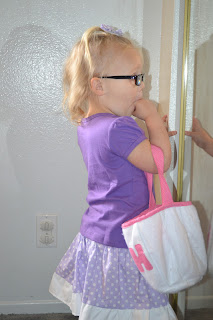 Here Hannah is admiring herself in the mirror.  She was really excited about doing curlers and having curly hair today - and it actually turned out pretty cute.  However, Sofia was in the tub and before we knew it Hannah had stripped out of her clothes and wanted to join her.  She did her best not to get the hair wet, but splashing is just too much fun! 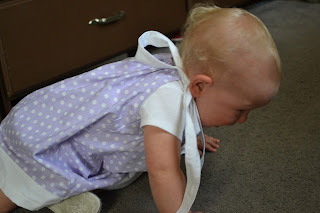 After realizing I was not going to pick her up to comfort her, she then goes to her trademark position with her face smashed into the ground.
That's about as good as we could do this morning!!

Hannah really enjoys "driving the bus."  Here's a random picture of her sitting at the wheel.  Sofia is supposed to be her passenger, but gets distracted pretty easily. 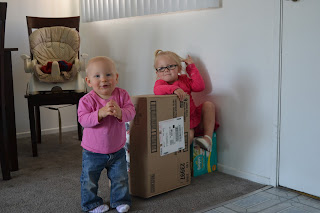 I tried to explain that the bus driver usually sits at the front of the bus, but she wouldn't hear of it.

Posted by the Flammers at 8:40 PM 1 comments