Oh The Places You Can Go

We broke down and bought a high chair a while ago.  The girls were mildly excited about it until James turned the box into a car...then they were thrilled.  They have been on many trips with Dad pulling them, taking turns pulling each other, and pulling their dolls. 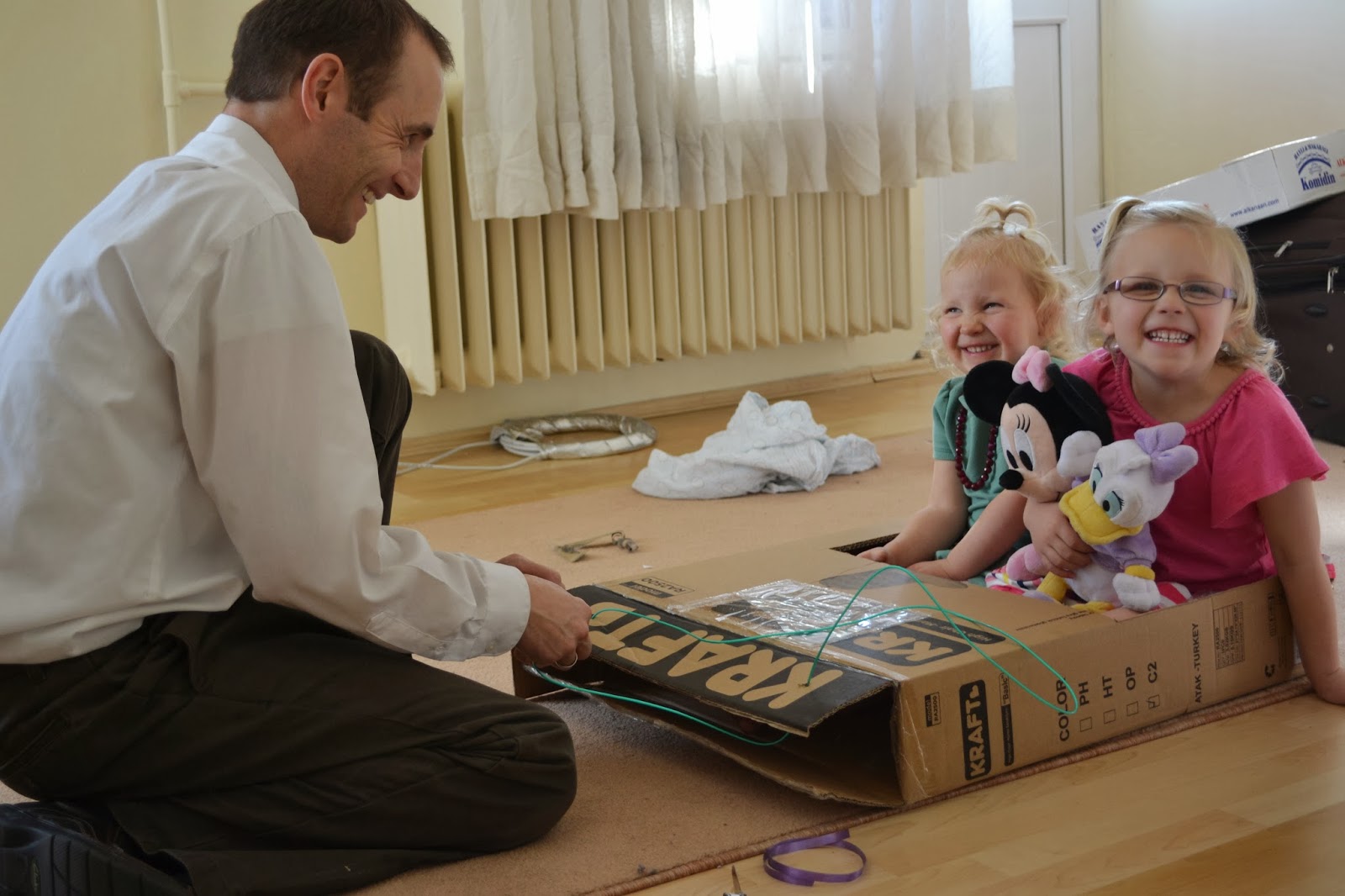 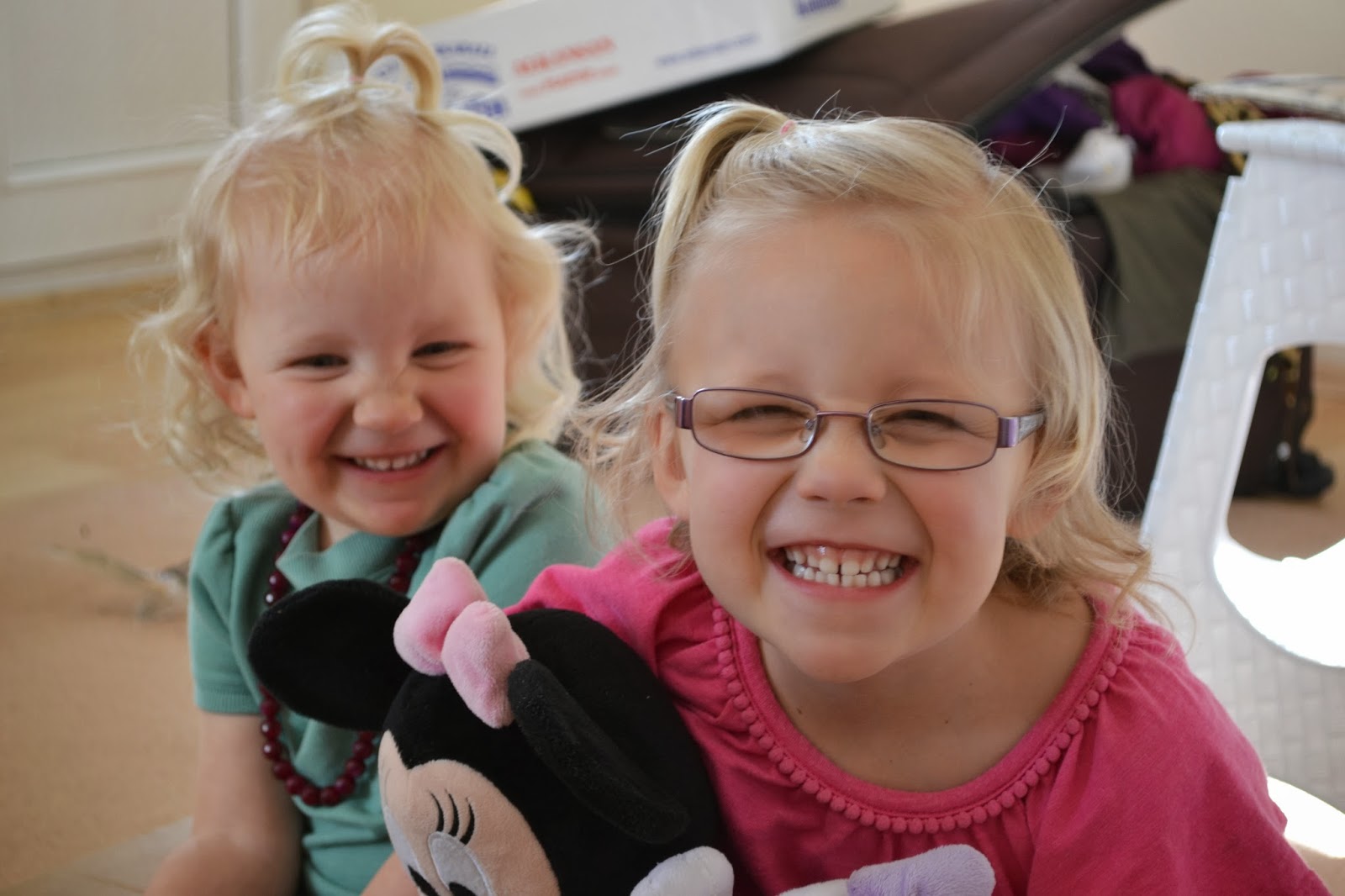 After several weeks of playing with it, the car got put out with the garbage.  (I think it was the consequence for them not putting it away or something like that).  Anyway, a couple of days later they found the car sitting next do the dumpster, but not yet hauled away, and brought it home.  So, we still have the car.  I have now tried twice to get ride of it, but it's still around.  I daresay they like it.

Posted by the Flammers at 4:10 AM 1 comments

Going out to play in the snow is kind of a nuisance.  It takes forever to get out all the snow clothes, get them on, make it down the stairs with gloves and hats intact, and actually get outside before TJ is screaming.  By then, someone is ready to come back inside.  But, occasionally we make it out and have some good fun int he snow.  Here are a few pictures of the other day. 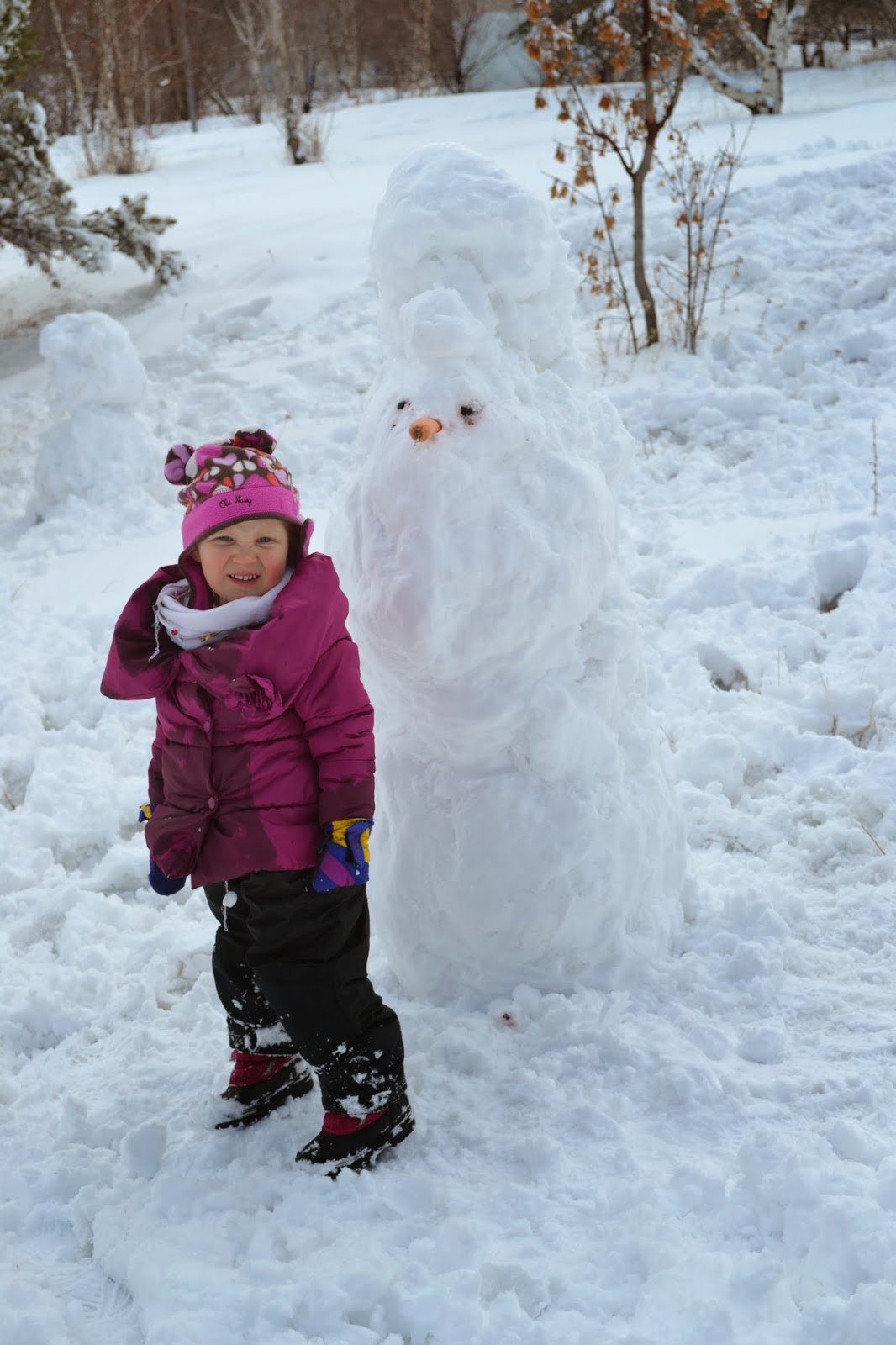 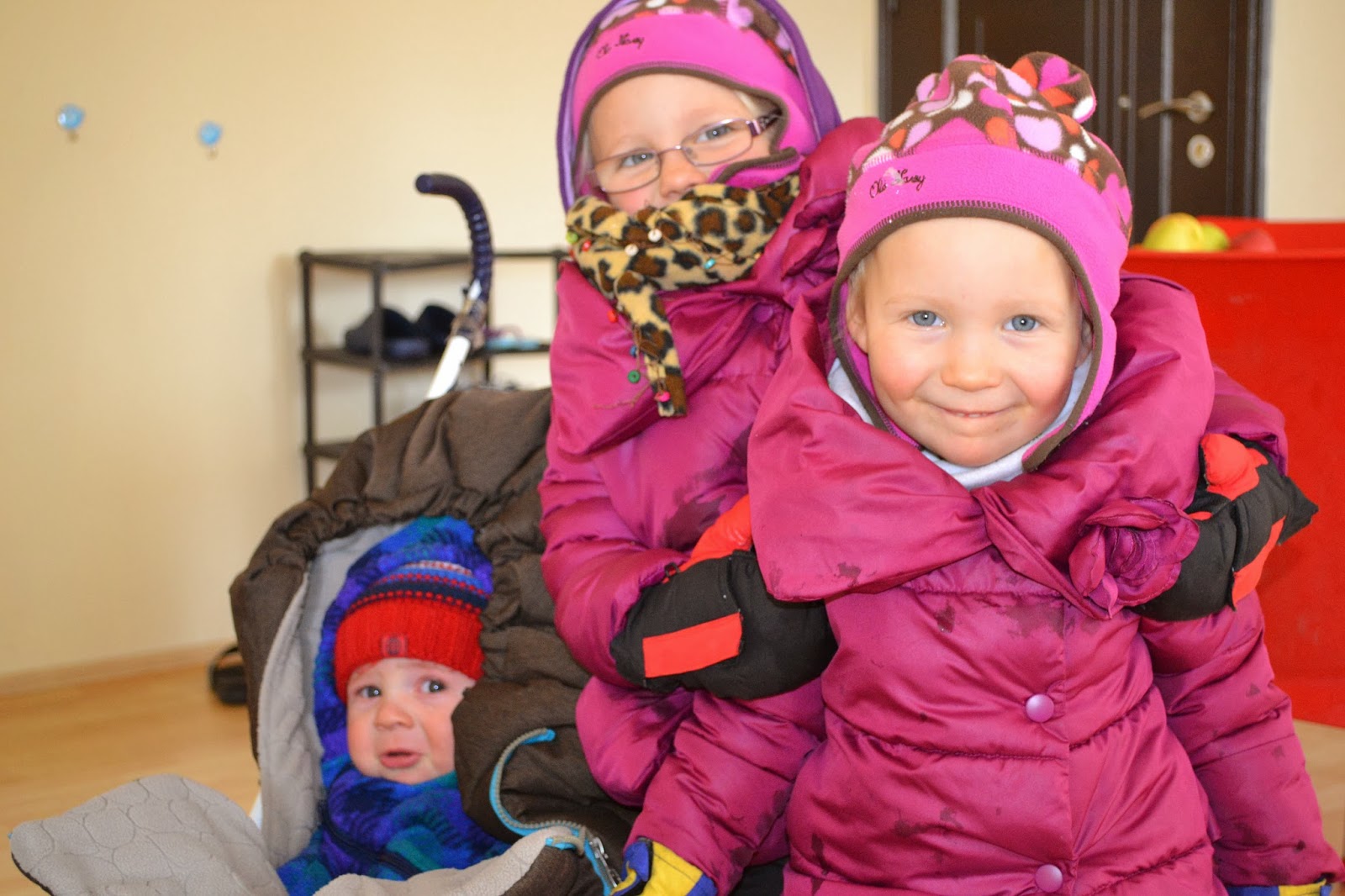 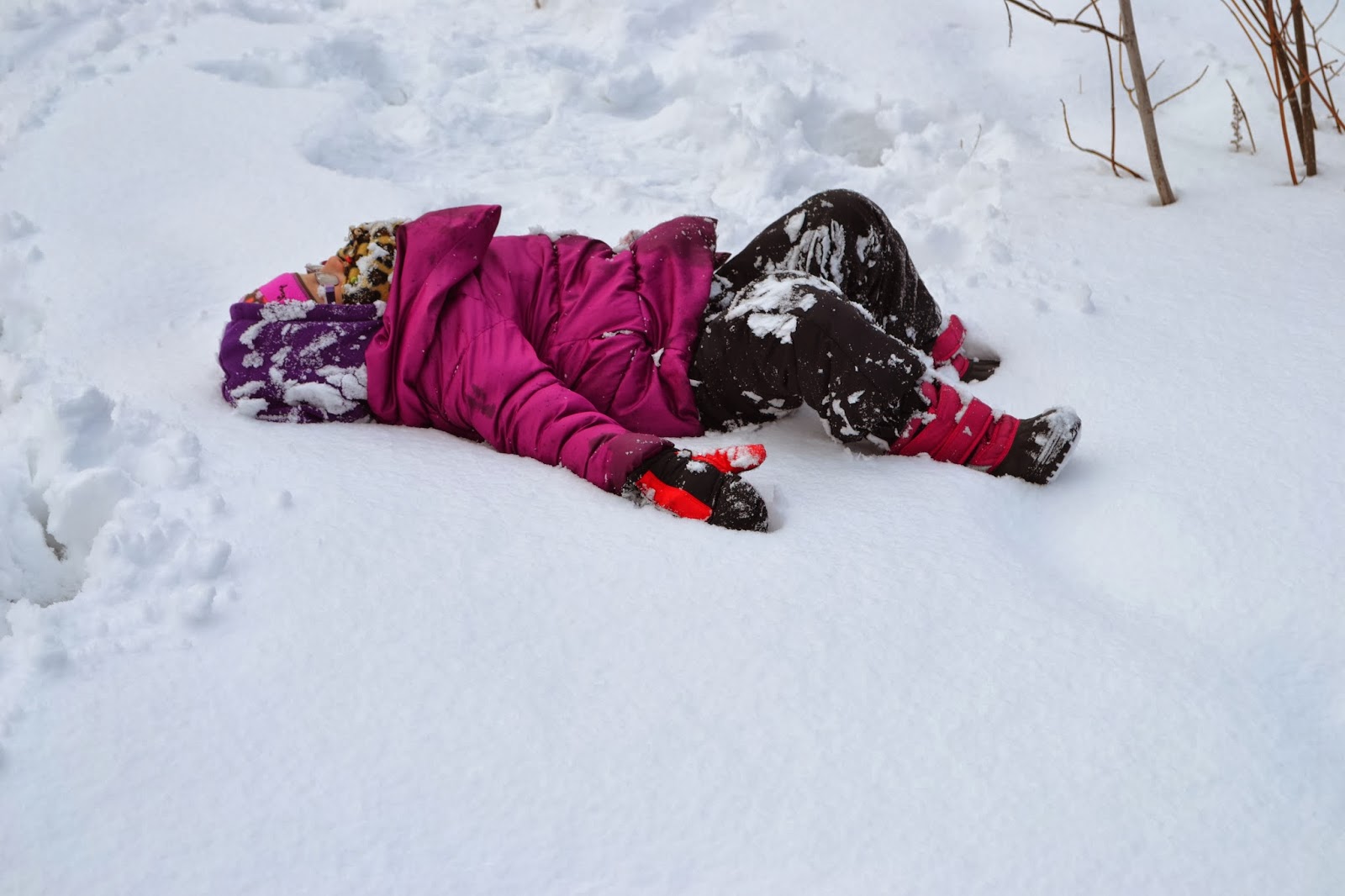 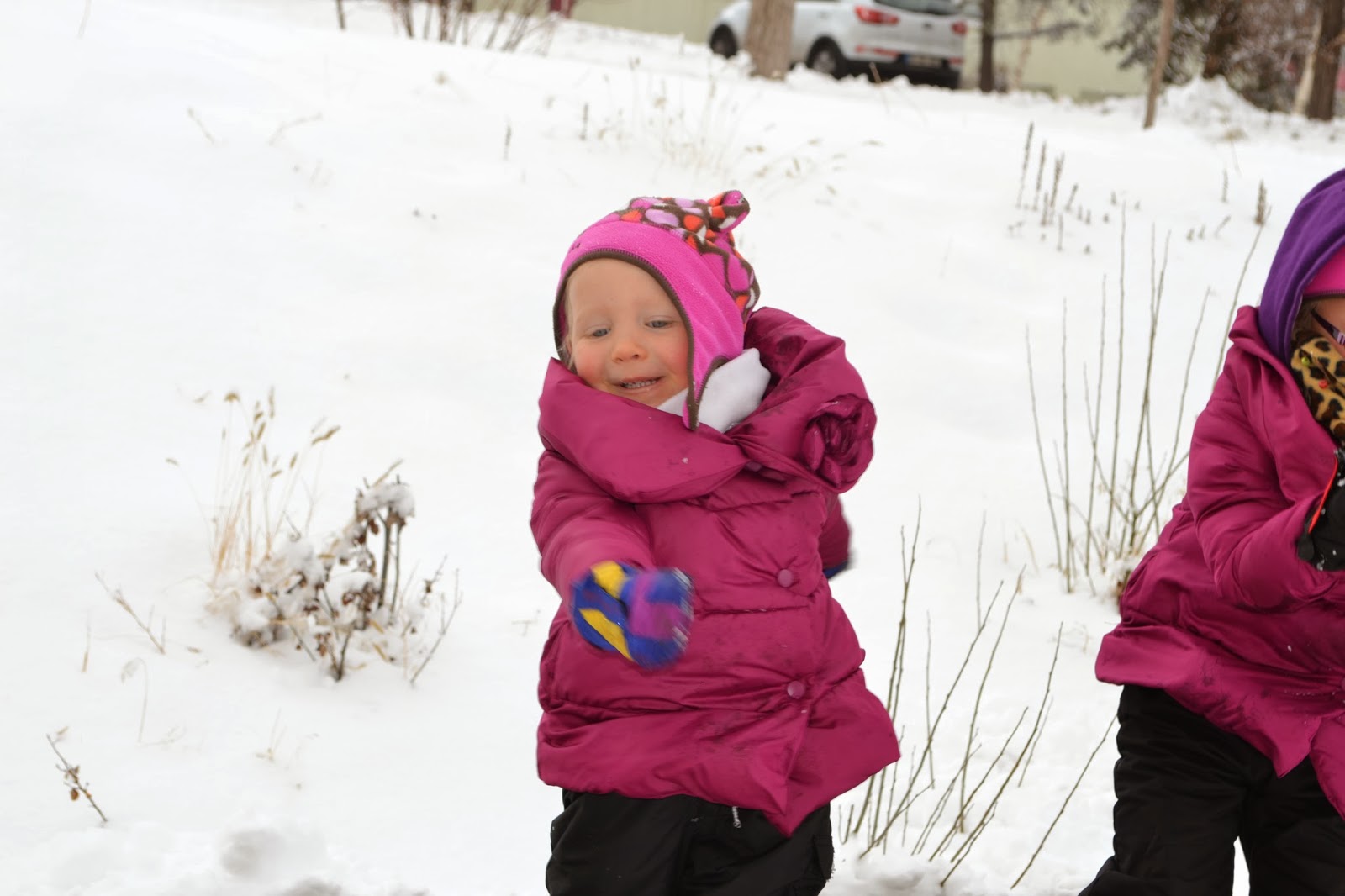 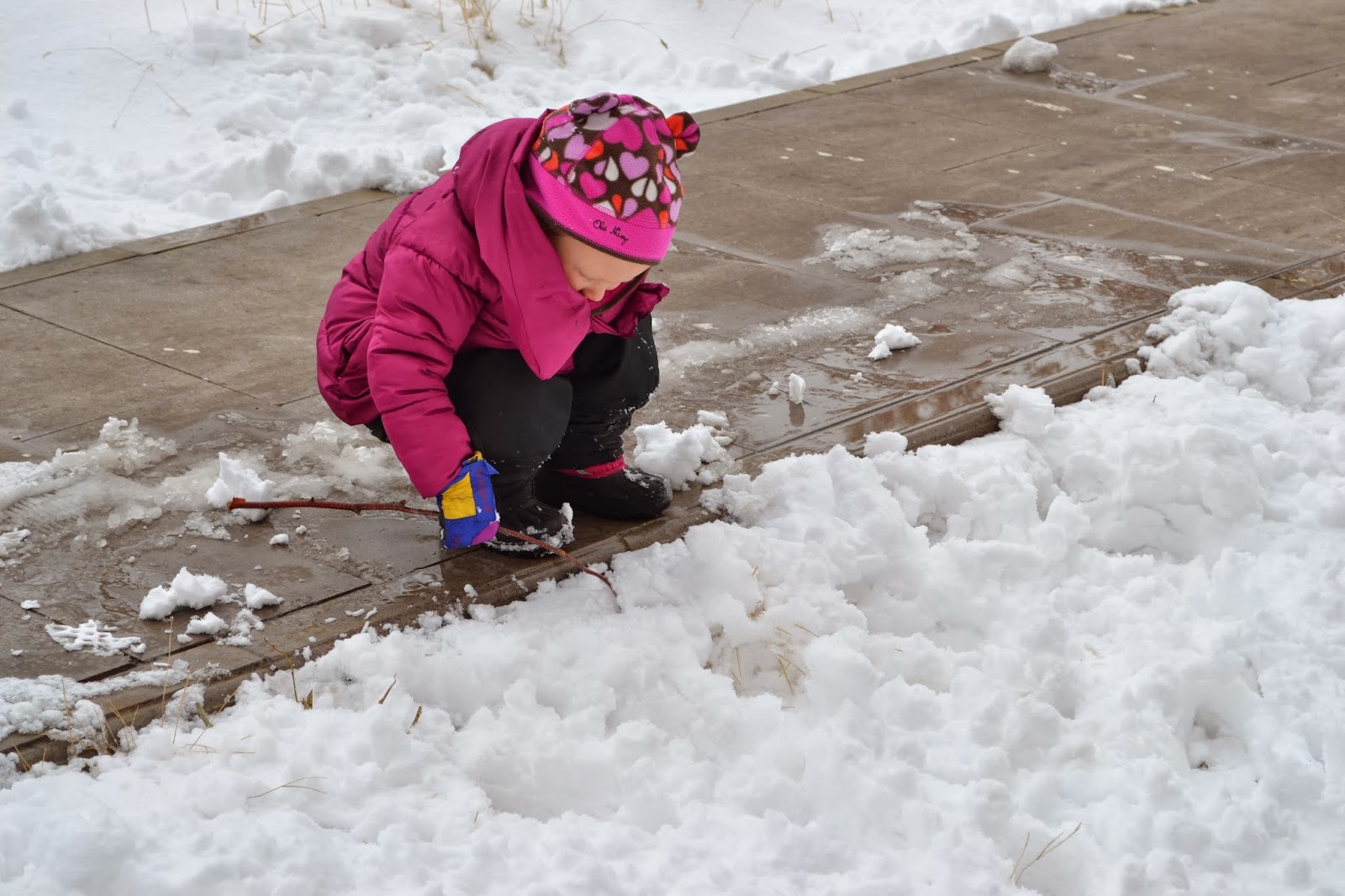 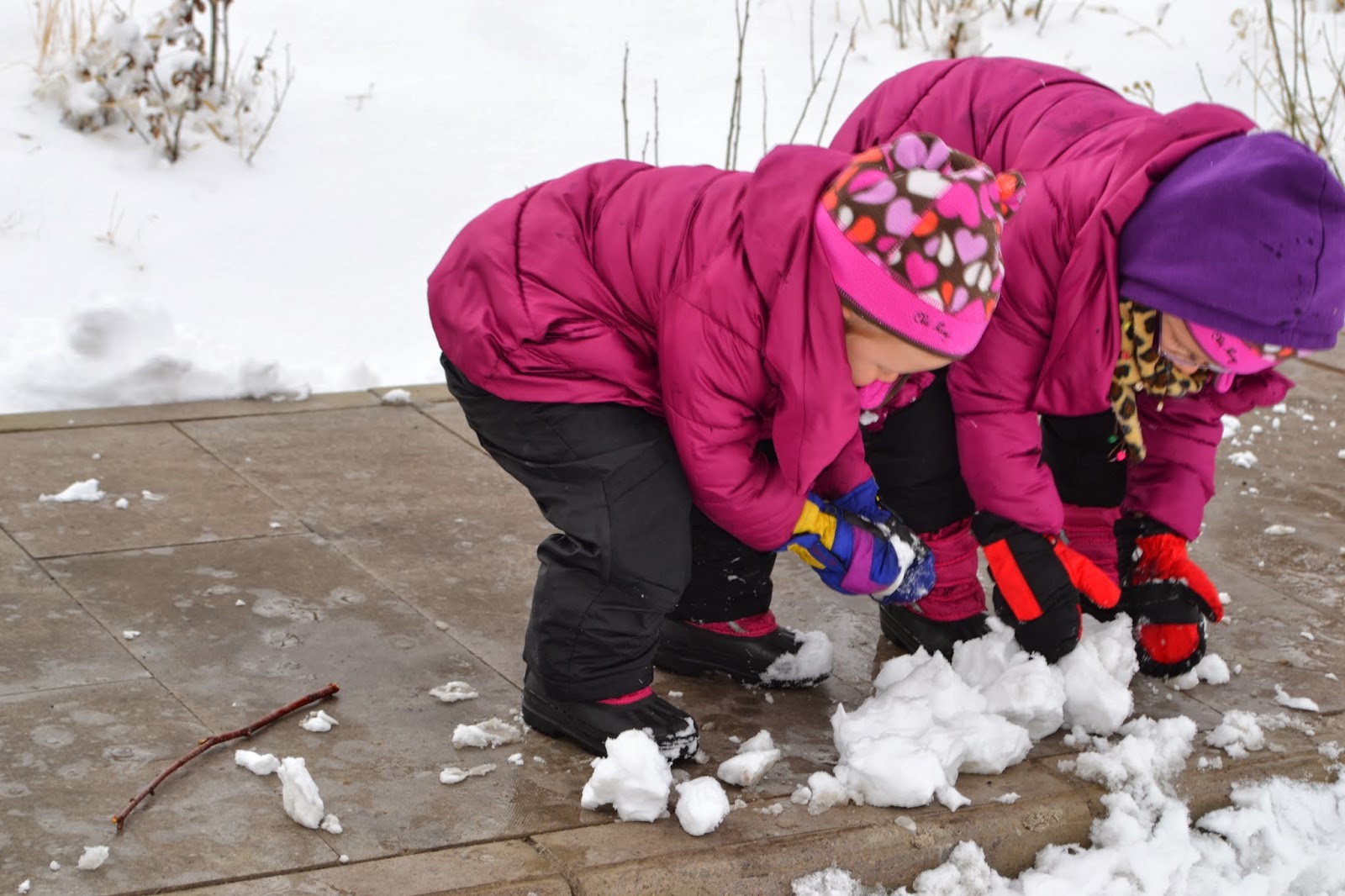 Posted by the Flammers at 4:03 AM 1 comments

Hannah really is a good helper...this is not an unusual scene. 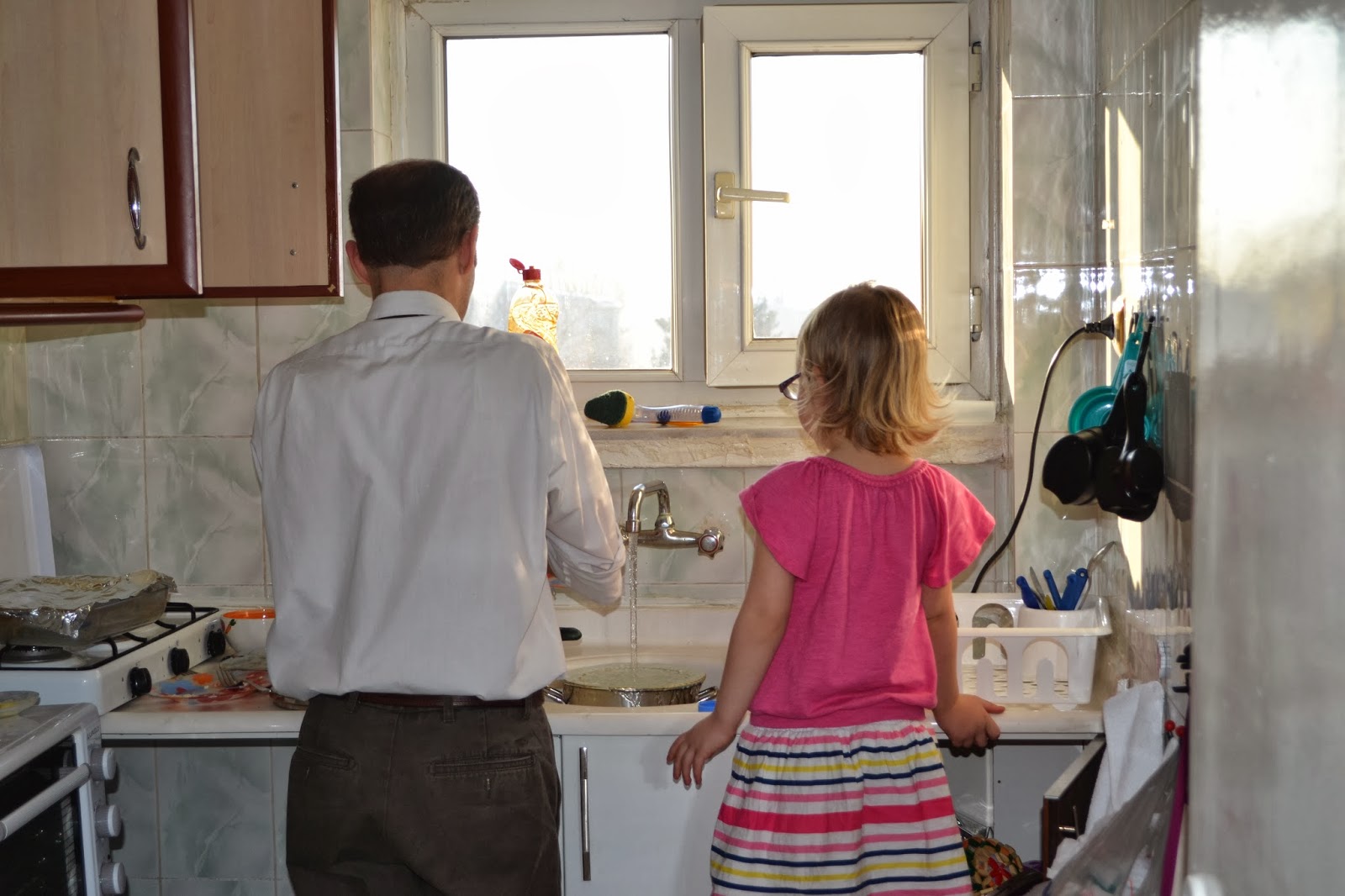 Posted by the Flammers at 4:04 AM 0 comments

A Trip to Zambia

For preschool we learned about airplanes and went on an "airplane ride."  The girls had a blast packing suitcases, going through security, getting boarding passes, and finding seats.  I think their highlight might have been the snacks on the flight!!! 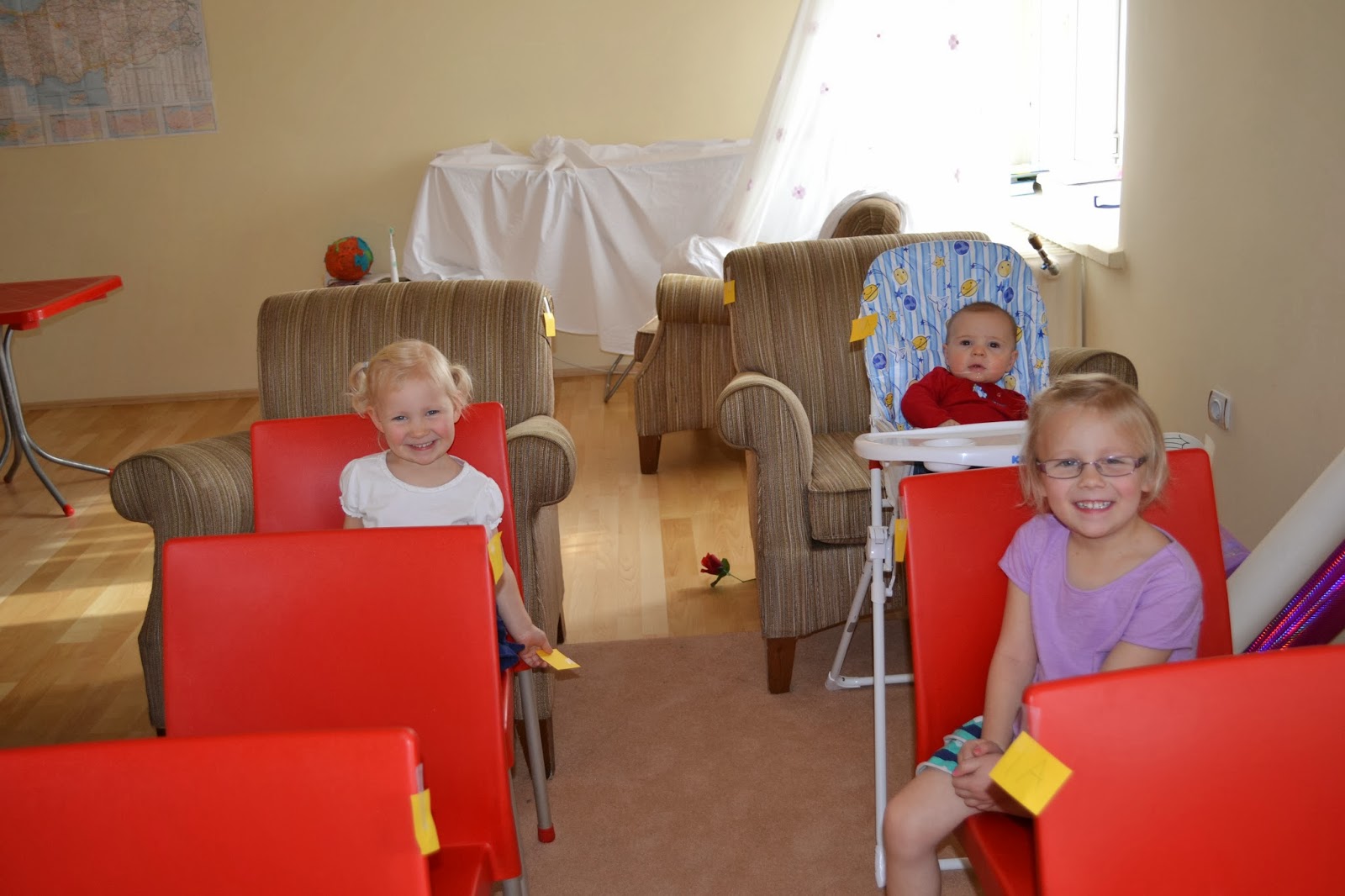 Here they are on their way to Zambia.  They had so much fun, I wish real airplane travel were as enjoyable!!

Posted by the Flammers at 3:56 AM 1 comments

...how bad rotten chicken smells after it has been siting in an unplugged fridge for 1 week.  Not good!!  In fact I think our fridge is ruined and our entire apartment smells like rotten meat.

Correction.  Now it smells like scented candle trying to cover up the rotten meat.  :D

Thank you Hannah for helping us clean right before we left on vacation...however, in the future, I think we can skip unplugging the fridge to clean behind it!!!

Posted by the Flammers at 3:53 AM 0 comments

3 Little Monkeys Jumping on the Bed.  Or should I say 1 monkey jumping, 1 monkey watching, and 1 monkey doing push-ups? 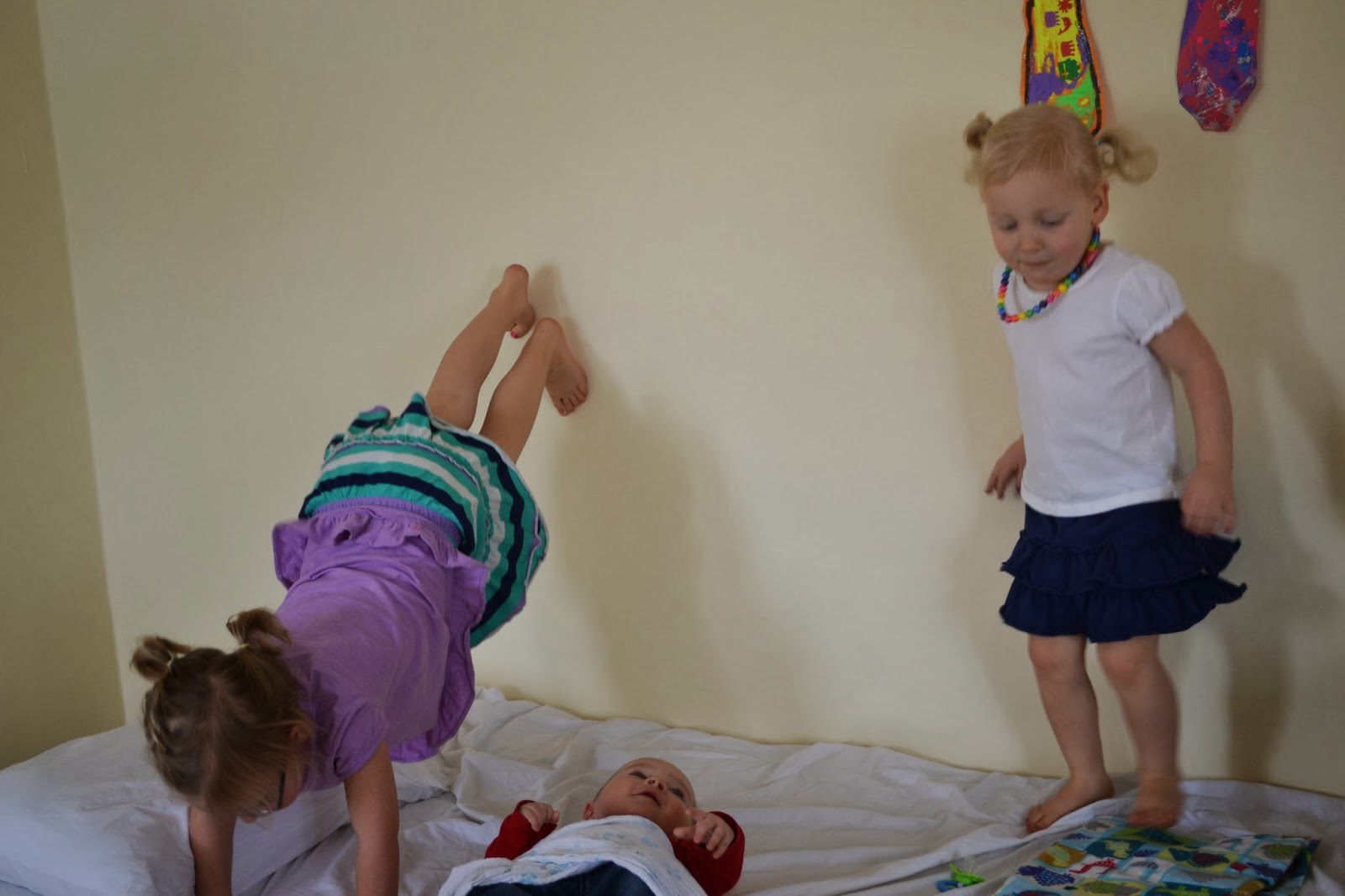 Posted by the Flammers at 9:40 AM 0 comments

One of THOSE Days

It started with a rough night for the umpteenth night in a row (ok we've only had 3-4 really bad nights in a row, but it has felt like much more than that)!!  For some unknown reason TJ was up for 2-3 hours during the night.  Hannah wasn't feeling well and was up, which is very unusual.  Sofia decided she was ready to start the day at 4:30, even earlier than her normal time.

Because of lack of sleep (for quite some time now), James and I were both a little grumpy and less than patient to start the day.

There have been several dramatic tantrums with Sofia falling to the floor for effect.

TJ has been very fussy and we have no idea why...dare I suggest it's teeth???

We ended church with Primary.  The last words spoken were:
Hannah:  I do NOT want to get baptized!!!  EVER!!!!
Sofia:  We don't EVER want to listen to JESUS.
We decided that would be a good stopping point for today.  (As a side note, I'm really proud of myself for not laughing when this happened).

There was much grumbling and complaining when we ate lunch.  This might not be too unexpected, but we ate pizza.

There was some screaming and major tears involved when we tried (unsuccessfully) to get Sofia to take a nap.

I spent a few minutes looking at our finances.  We are generally pretty frugal and thought we would be able to save a fair amount of money with our venture here in Turkey.  But, we are seriously considering buying a car to use while we are here and selling it when we leave.  If we do that, we will be able to have a little more of a life....but we probably won't save much, if any at all.  Bah Humbug!!!

Sofia said, "Why in the He** won't you read to me" when I was busy and wouldn't read a book to her.  That was out of the blue.  I know I have let that slip a few times but wow.  I have taught our 2 year old to swear!  LOVELY!!  How's that for awesome mothering?

It really hasn't been a bad day, we're all just very tired and cranky.  But, that's life.  Tomorrow will be better!!  At least a really hope so.

Posted by the Flammers at 4:48 AM 4 comments

Each Sunday I make a chart with my goals for the week - and of course I leave boxes so I can check something off when it has been accomplished.

Last week Hannah wanted to work on her goals as well.  She knew what she wanted her goals to be, she just needed a little help spelling.  In case you can't read it her goals were exercise, scriptures, and taking pictures.  I thought it was so cute to watch her working on it.  It also makes me a little nervous to see the things she picks up on and mimics.  I better start watching myself a little better. 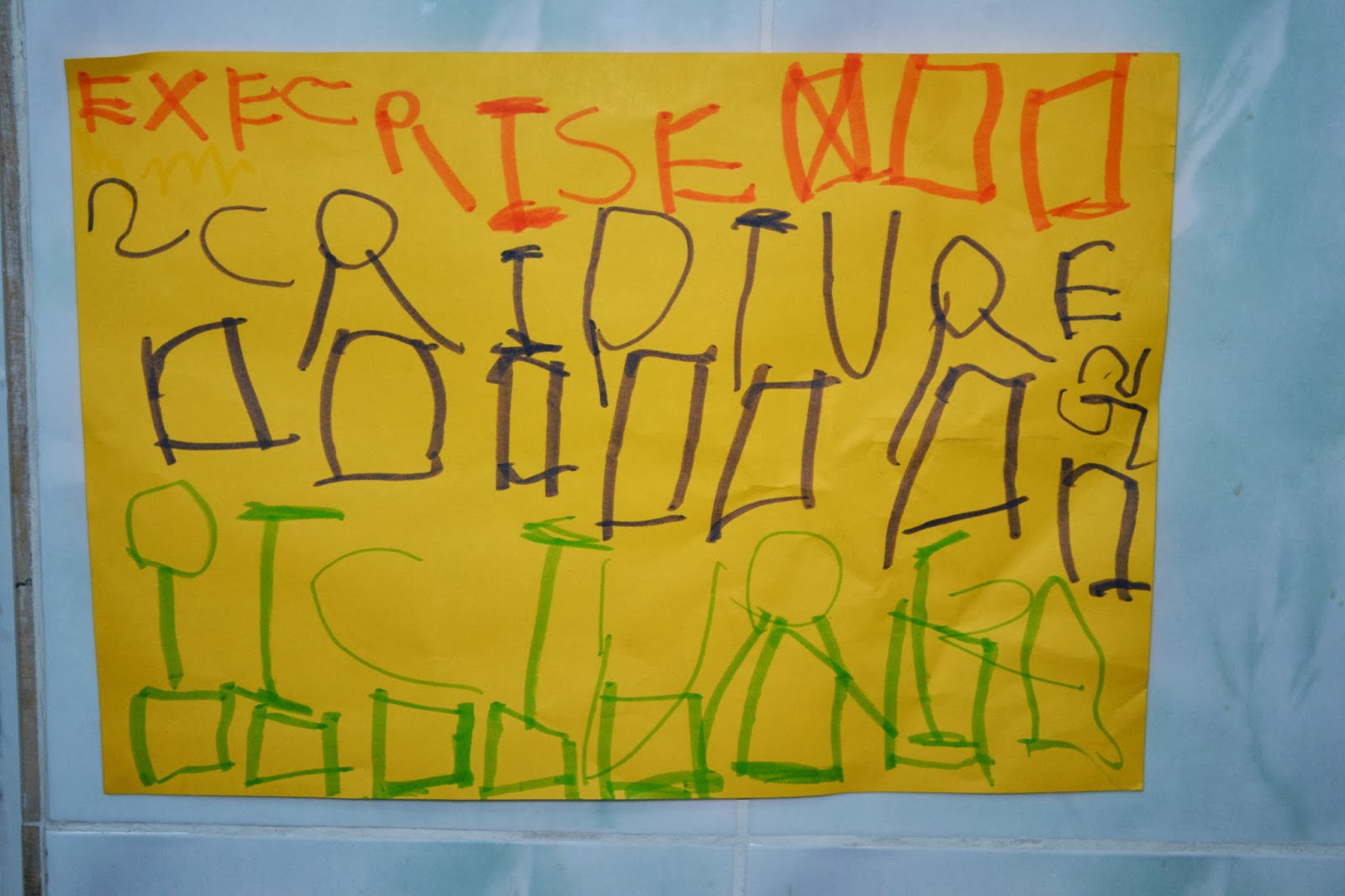 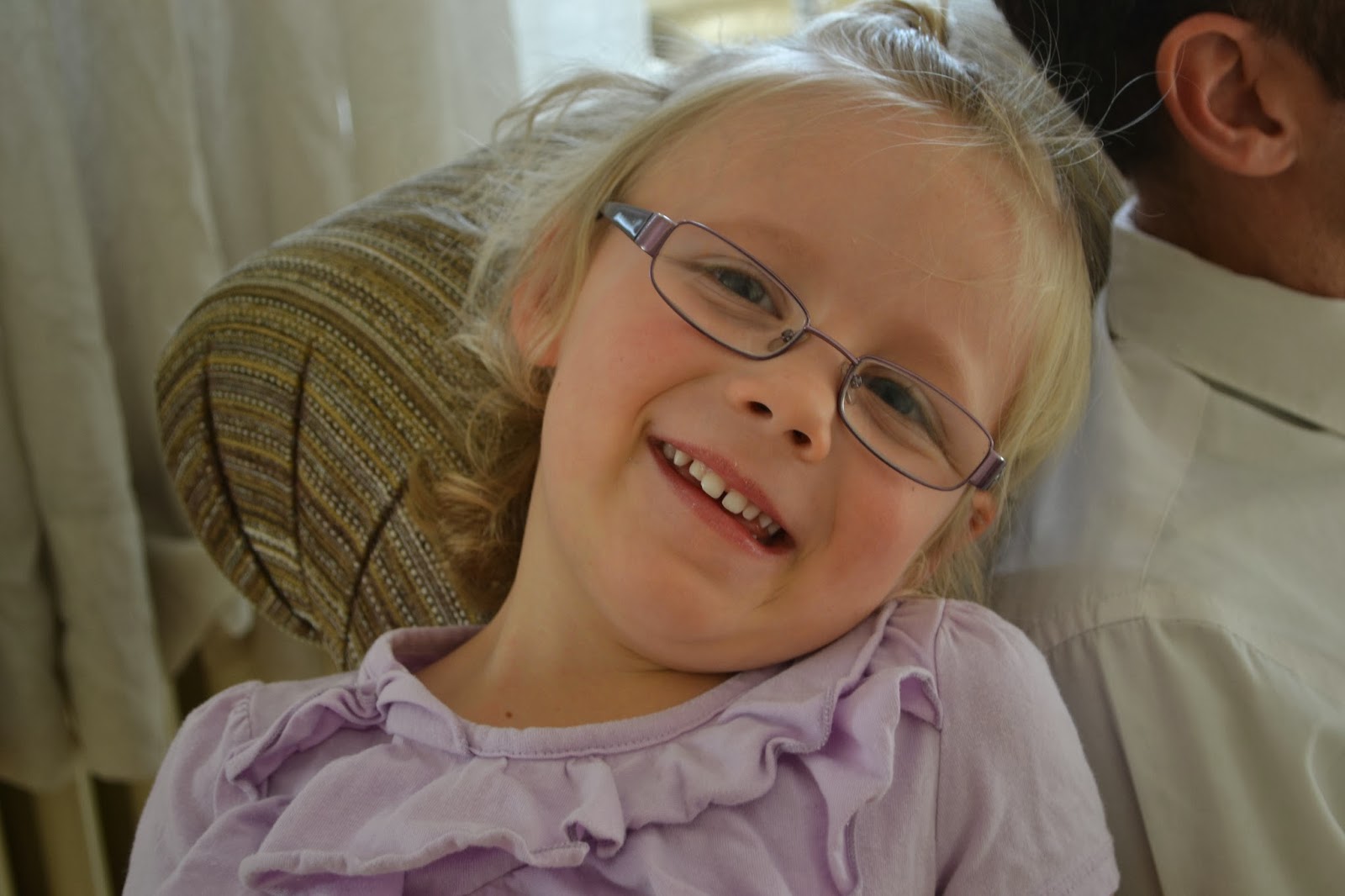 And...for the record I had to include a picture of her with a normal smile.  Usually she makes goofy faces, but I must have caught her off guard because I got a cute smile!!

Posted by the Flammers at 9:19 AM 1 comments

Who needs a sandwich maker when you can use a pot to smash the grilled cheese sandwich? 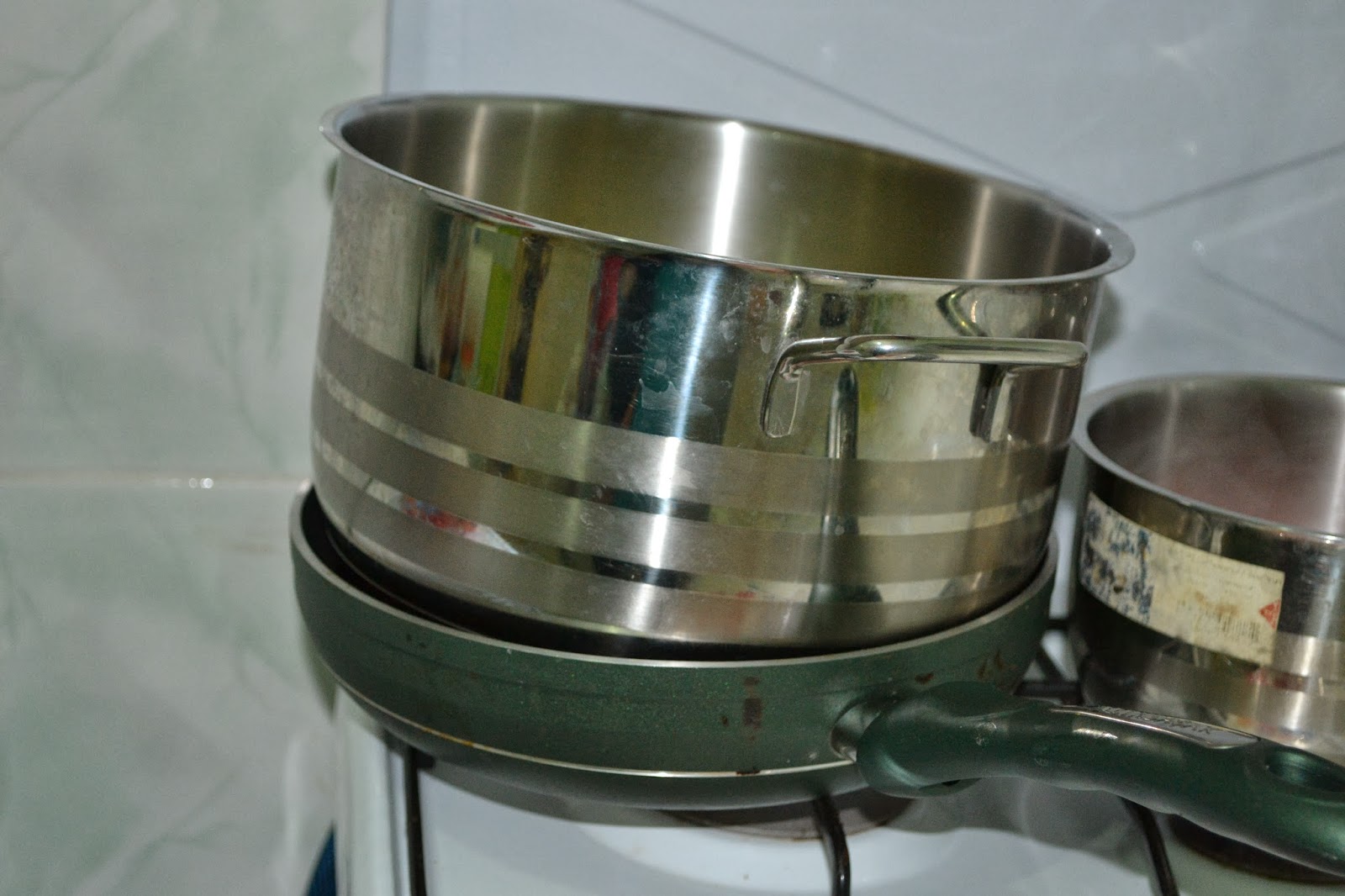 We are high class around here.  :D

Posted by the Flammers at 9:12 AM 0 comments