Hannah's birthday was pretty quiet.  Tanner had just gotten home from the hospital and we weren't planning anything too exciting, but she was okay with that.  It was Kid's Day on the square downtown.  We didn't know anything about it, but decided to give it a try.  Turns out it was pretty lame, but at least we got out of the house! 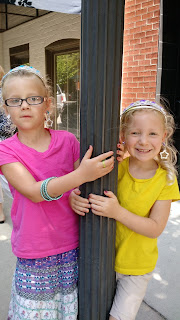 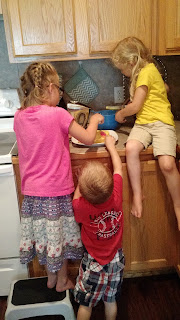 The cake did not turn out the way I would have wanted, but she loved it.  It was yellow, had cats, and she was happy to have done it on her own.  It was a good lesson to let them do more themselves and not force my standards on them. 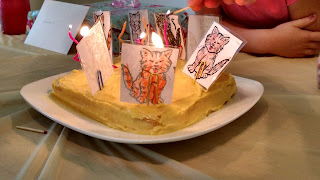 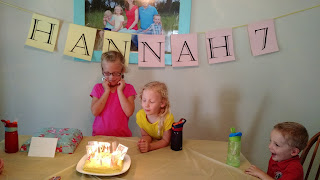 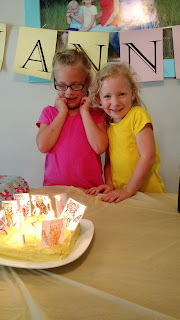 It was pretty low key, but I think she had a good day.

I am so amazed by your willingness to just let her decorate the cake herself. That is so cool. I always catching myself telling Jonathan I'll let him do something but then 'helping' him when it isn't looking as good as I would want. I have to admit though, I think Hannah's cake decorating might be level with mine. Happy Birthday Hannah!