So, this weekend we decided we wanted to get out of the city and see something besides buildings and cement. We took a scenic drive along the coastline for a few miles. We got out at an overlook to take a picture and walk around. It was so nice - you could actually breathe in fresh air. It was really pretty. 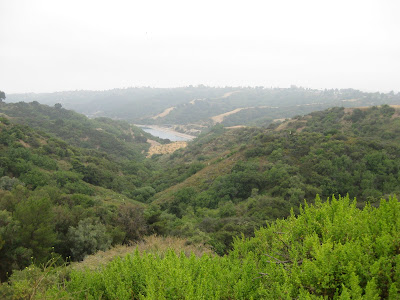 We then drove to the largest park in North America. We took a little walk along a trail and stopped to take some pictures with the Hollywood sign in the background. It's kind of far away, but you can see it. It was nice to get out of the city. We drove through some nicer neighborhoods and actually saw other white people - in fact the majority we saw were Caucasian. It was kind of nice - it felt like we were back in the US for a while. :D Anyway, it was a nice little trip we took.

That's so fun to do things like that as a family. Wow! I can't believe how much Hannah has grown.

Sounds like an adventure! Glad we got to see you guys before you left!