Here's a shorten, condensed version of the move from Logan to LA. It was only a 2 day process, but felt like much longer. Here's our trailer: 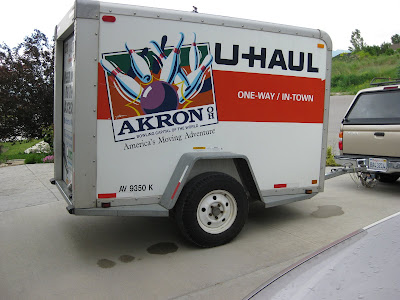 To give you a better idea of the size, here it is attached to the truck. We actually had plenty of space. It was the weight we were worried about. Anyway... 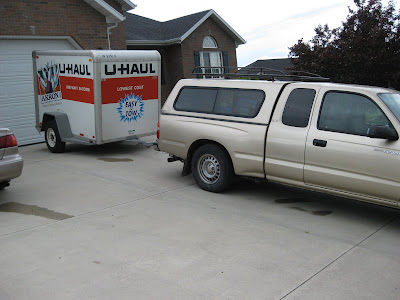 Here's Hannah at the beginning of the trip: 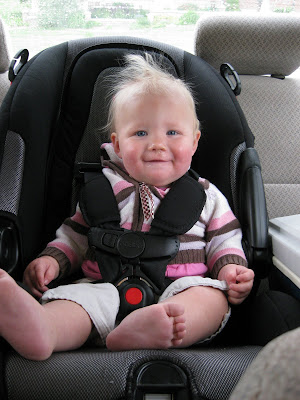 I wish I could say she stayed that happy the entire way, but not quite. She actually did pretty well (all things considering). We had a few good cry sessions, but survived. I thought the forward facing car seat would be a good thing, but it just let me watch her as she cried. Not so fun!!

We arrived in LA the second day and saw our apartment for the first time. It's pretty much what we expected, except maybe a little smaller. But, we spent the afternoon unloading everything. We had a disaster. Here are a few random pics to show how bad it was: 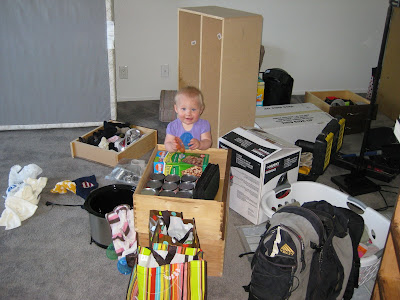 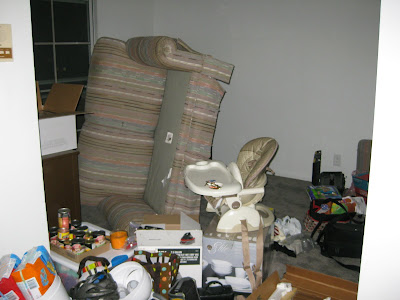 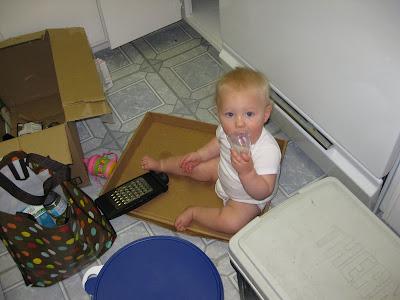 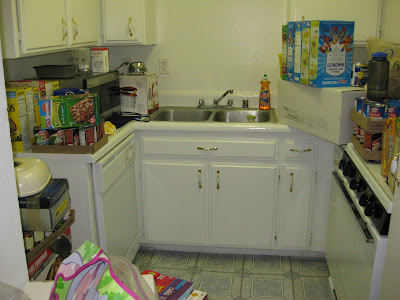 We spent the next day trying to get everything put away. I'm happy to report that it is much more organized, but it's still ugly. I'm trying to help it out with curtains and that kind of stuff, but it needs a lot of help. We're kind of in the ghetto - not quite East LA, but still not the best neighborhood. The complex where we live is good. There are lots of kids and 2 other lds families (hooray!!). But the surrounding area is pretty ugly. But for now it is home. I'll post some picture when I get some decorations up.

Looks like Hannah is now a travel trooper! Glad you are there safe and sound. Hope you enjoy your new living digs. We like your old one too. I am sure you will enjoy living as a family by yourself, but we don't

Wow, I am glad you got there safe and sound. I always get to your blog by going to your last email which was sent from Hong Kong. I am missing Hannah and also both of you it is a good time passes quickly. Your apt. looks nicer than I thought. Love ya, Mom

The first thing you need to do is find some sort of slip cover for the couch. Red, or something.

What a relief to finally be there! Sure miss seeing you around. Good luck with the organizing! Can't wait to see your creation for the curtains. :)

I'm glad to see you made it safely, even if the apartment was a little smaller than expected. I am sure you will do a great job spicing it up with your amazing sewing skills. That is one thing I definitely am jealous of :)